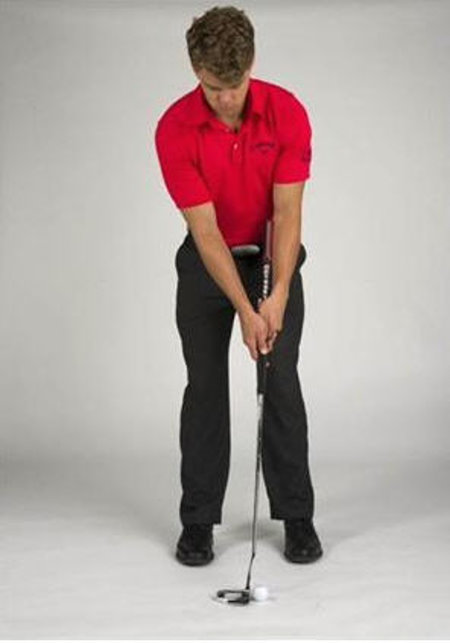 Odyssey®, the #1 Putter in Golf®, has announced the upcoming release of the new Metal-X™ Arm Lock Putters. Just days after the sport’s ruling bodies, the USGA and the R&A, proposed a ban on the anchoring method of putting, Odyssey introduces a product line that both conforms to the anticipated ruling and offers an alternative method of stabilising the putter through a natural-feeling extension of the golfer’s arm.

Odyssey’s pledge to golfers has always been to push convention while respecting tradition in a quest to help them sink more putts. The Metal–X Arm Lock Putters stem from extensive exploration into the different ways Tour professionals interact with the putter.

“We have been anticipating the proposed ban on the anchoring technique for some time now, and working with our Tour players, have identified an alternative and Tour-proven putting method,” said Chris Koske, Global Director, Odyssey Golf. “We’re now moving quickly to deliver the Arm Lock products that promote a stable and consistent putting stroke for both professional and amateur golfers.”

The Odyssey Metal-X Arm Lock Putter will be available initially in two models, the Metal-X #7 and the Metal-X DART. The specs of these two putters have been optimised through research and testing, and allow golfers to extend the shaft and grip up their lead forearm for consistent performance and control through the stroke.

“At Odyssey we were adamant about offering alternative solutions to golfers who might change their current technique based on the recent anchoring proposal,” said Austie Rollinson, Principle Designer, Odyssey Golf. “We have more Tour players around the world playing and winning with Odyssey putters than any other company; we worked closely with many of them to dial in the new Arm Lock Putters to ensure they perform at the highest level.”

The Arm Lock Putter will be available at retail in January 2013 for a new product introduction RRP: