Callaway has redesigned its Chrome Soft and Chrome Soft X balls to promote more speed and distance, while maintaining the feel and spin characteristics that both balls are renowned for.

“We’ve reinvented Tour ball performance again with our new Chrome Soft and Chrome Soft X,” said Dr Alan Hocknell, Callaway SVP of R&D. “Redesigning both models from the inside out allows us to give golfers more of what they want in a Tour ball – long distance, great feel and a spin profile that promotes low spin on full shots and high spin around the green.” 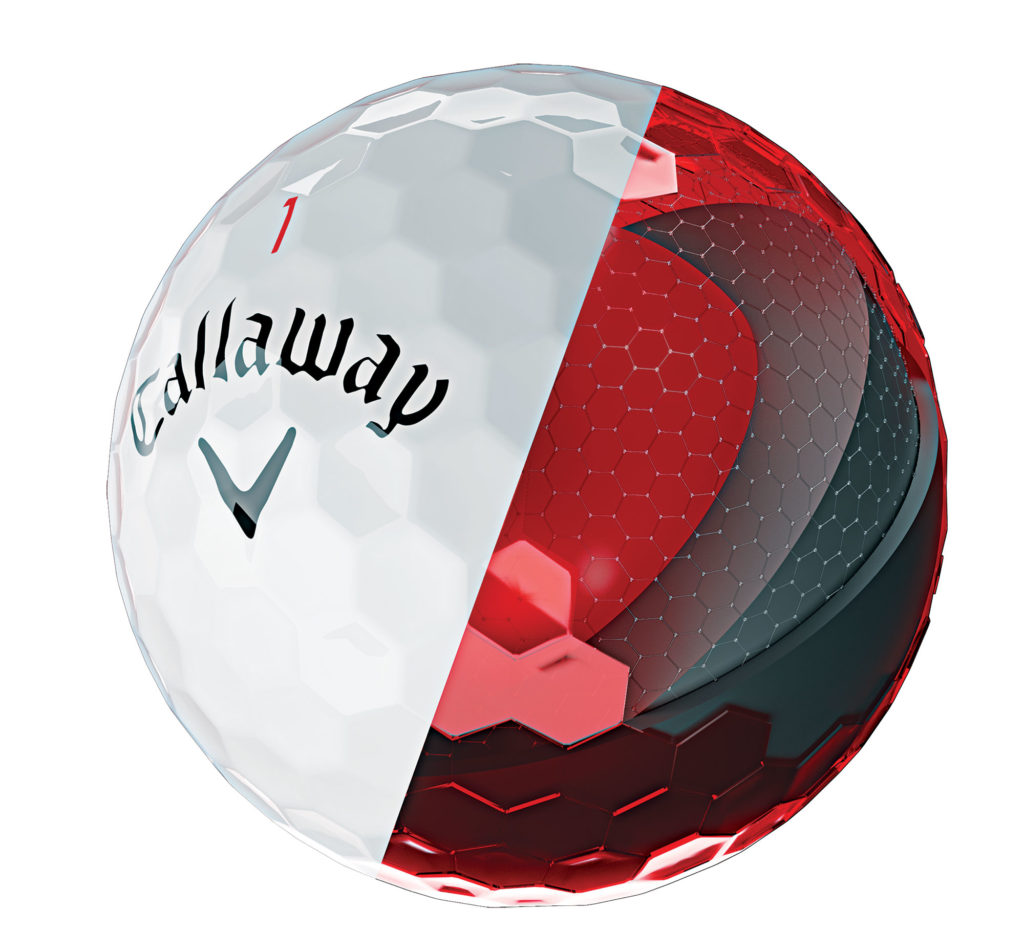 The new Chrome Soft is a four-piece, dual-core ball with a urethane cover. Like the previous model, the inner core is very soft, but for 2020 it is 34% larger, which should give this version of Chrome Soft more speed and a higher launch angle. The inner core is encased in a second core, which is infused with Graphene, a nano-particle that reinforces the rubber. To accommodate the larger inner core, the outer core is thinner, but the Graphene helps make it more durable and also enhances spin on wedge shots.

The dual-core system is surrounded by a new ionomer mantle layer. Callaway designed it to transfer the speed created in the core more efficiently. It’s stiffer than the mantle used in the last generation of the Chrome Soft, and it will allow wedges and short irons to grab the ball more easily and generate more spin.

The cover is 10% thinner than the earlier version and is made from a more resilient urethane to boost speed and lower spin off the tee. The hexagonal cover pattern is more aerodynamic, so it produces a higher launch with less drag for increased distance.

It will be will be available in white, yellow, Truvis and a white Triple Track version, with an RRP of £39.99 for 12. On sale date: April 2. 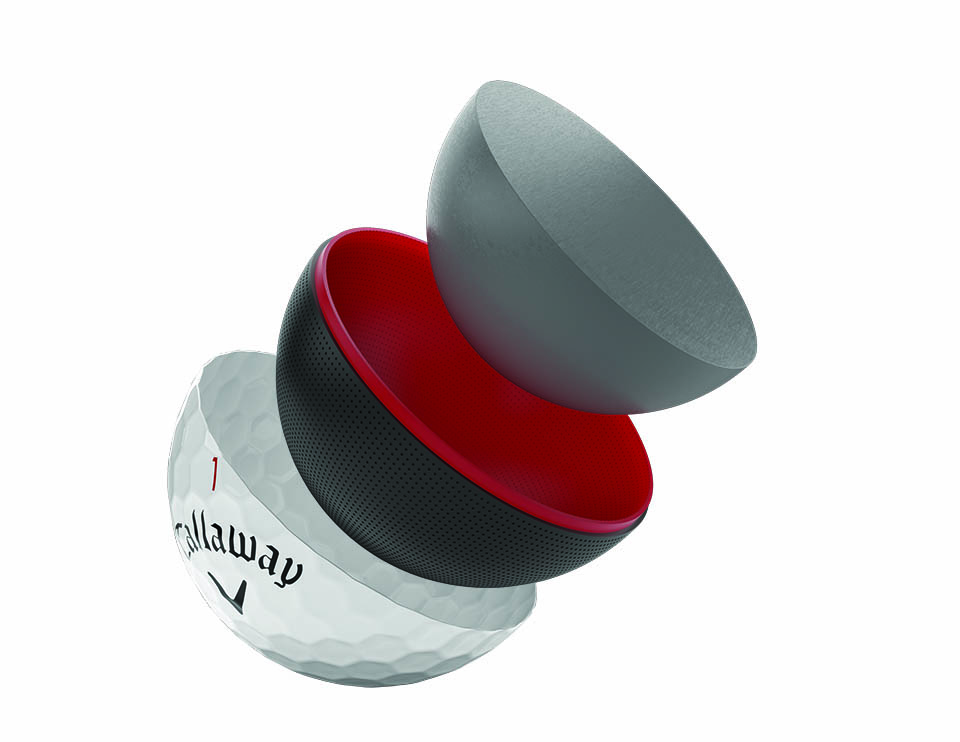 The updated Chrome Soft X is also a four-piece ball, but instead of having a dual-core system like the last version, the new Chrome Soft X has one big core. It’s 117% larger than the inner core of the 2018 ball and is made from a more resilient rubber to maximize speed.

A dual-mantle system surrounds the core. The inner mantle is soft, while the outer mantle is firm, and they work together to amplify speed with woods and long irons, while providing a foundation for the soft urethane cover so golfers can generate more spin with their wedges.

The urethane cover is 22% thinner than the previous model. Over the firm outer mantle, it helps give the Chrome Soft X a firmer overall feel without adding excessive spin off the tee. The Chrome Soft X ball will fly higher than the Chrome Soft, and it will be available in white, Triple Track white and Truvis (yellow and black), with an RRP of £39.99 for 12. On sale date: April 2.