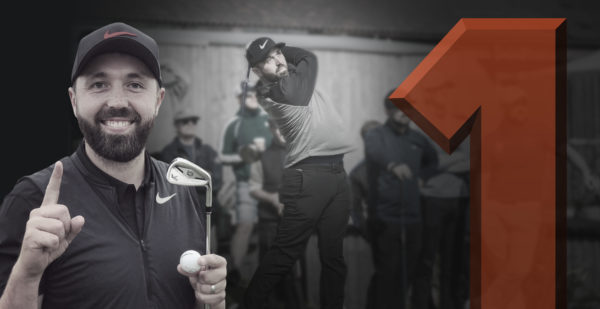 Shiels, who joined YouTube almost eight years ago, has developed a diverse portfolio of content, ranging from instructional tips to product reviews of the latest equipment, as well as a range entertainingchallenges.

Shiels’ online success has led to him featuring on the Golf Channel as an independent judge on the Driver vs. Driver II series, as well as host the social channels for last year’s 147thOpen Championship at Carnoustie. The channel, Rick Shiels PGA Golf, now accounts for almost 40 million minutes of viewing globally each month and has grown by 240,000 subscribers over the past year.

Earlier this year, Shiels was also instrumental in staging the first ever YT Golf Day, an event that brought 44 of the world’s most popular digital content creators with a combined following of more than 19 million people together for a unique event that raised over £15,000 for Prostate Cancer UK.

Shiels said: “I could have never dreamed when I started out in 2012 that I would have the biggest golf YouTube channel in the world, and I feel very privileged to have amassed such a loyal and supportive audience. My passion for the game has never been greater, and I’m excited to continue this journey, producing entertaining content that brings people closer to the game they love, and hopefully inspires them to play more golf.”

The 32-year-old from Bolton has also amassed one million followers across Twitter, Facebook and Instagram, and has partnered with the likes of Garmin, Nike, the R&A, Golfbidder and Mastercard to create a number of unique content mini-series.

Gary Davidson, Executive Director of Performance54, the Surrey-based marketing and public relations company that represents Shiels, said:“Rick’s success demonstrates the dynamic evolution of viewing habits around the world, with audiences increasingly keen to hear from more authentic voices that they can trust. By creating content that is, at its core, independent, well-informed, entertaining and insight-led, Rick has positioned himself as one of the game’s biggest personalities. We are excited to continue our collaboration with him.”