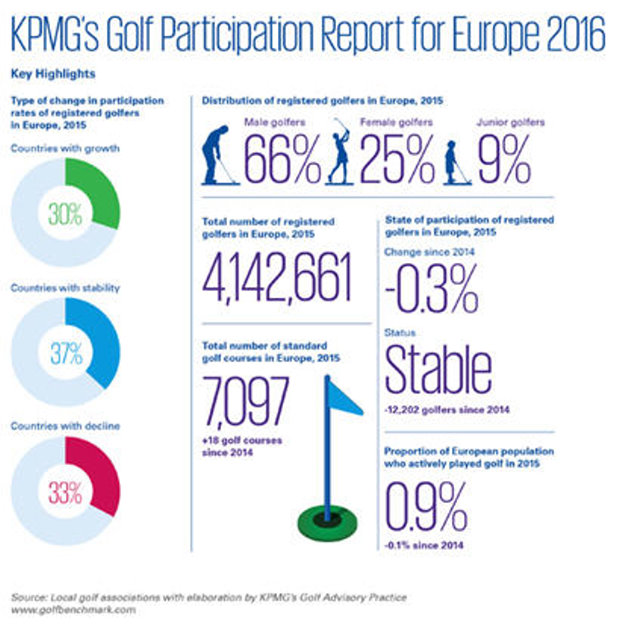 This week sees the launch of the Golf Participation Report for Europe 2016 from KPMG’s Golf Advisory Practice. The report, which provides invaluable figures for key stakeholders in the golf industry, is the latest of KPMG’s annual publications offering analysis and insights into Europe’s golf industry. This year’s edition bears good news in store for the golf industry: stability and growth.

According to the survey, which is based upon statistics compiled from local golf associations in 46 European countries, the continent’s golf markets are displaying positive signs of stability and growth in 2015.

In fact, when taking a closer look at Europe’s golf markets, 67% of local golf associations indicated in 2015 that their level of participation had either stabilized or increased. The remaining 33% of European markets still experienced some decline, including key markets such as England, Spain and Ireland. 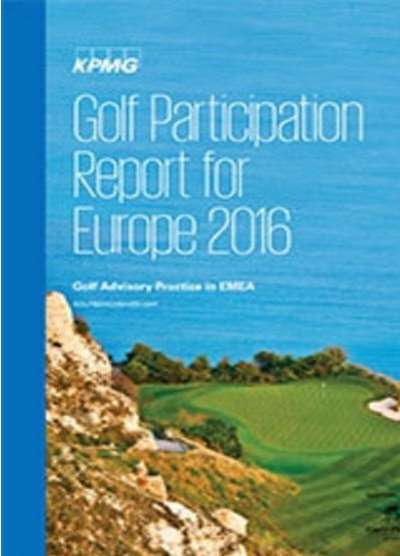 Overall, the study identified that golf participation in Europe has begun a period of stabilization since the declines it suffered following 2009 during the global financial crisis.

In terms of supply of golf courses in Europe, there were 7,097 affiliated facilities in 2015, which increased by over 18 facilities year-on-year since 2014.

As seen earlier, the European golfing family continues to be dominated by male golfers, who, in 2015, represented an estimated 66% of all European golfers. Female and junior golfer participation was yet again disappointing in 2015, at approximately 25% and 9% of all registered golfers, respectively.

The Golf Participation Report for Europe 2016 also provides an overview of those initiatives identified and pursued by local golf associations to boost golf in Europe. Among the numerous initiatives implemented by local associations, the most common growth initiatives were greater incentives for higher handicap players, golf course adaptations, improving the social experience of golf, and junior development programs.

Commenting on the report, Andrea Sartori, KPMG’s Global Head of Sport, said: “Hopefully, what we have observed in some markets is a continuance of meaningful development in the sport as well as a boost to its reputation as a positive contributor, not least to the financial stability of clubs, too.”

Together with other industry research materials, KPMG’s Golf Participation Report for Europe 2016 is available for download on www.golfbenchmark.com