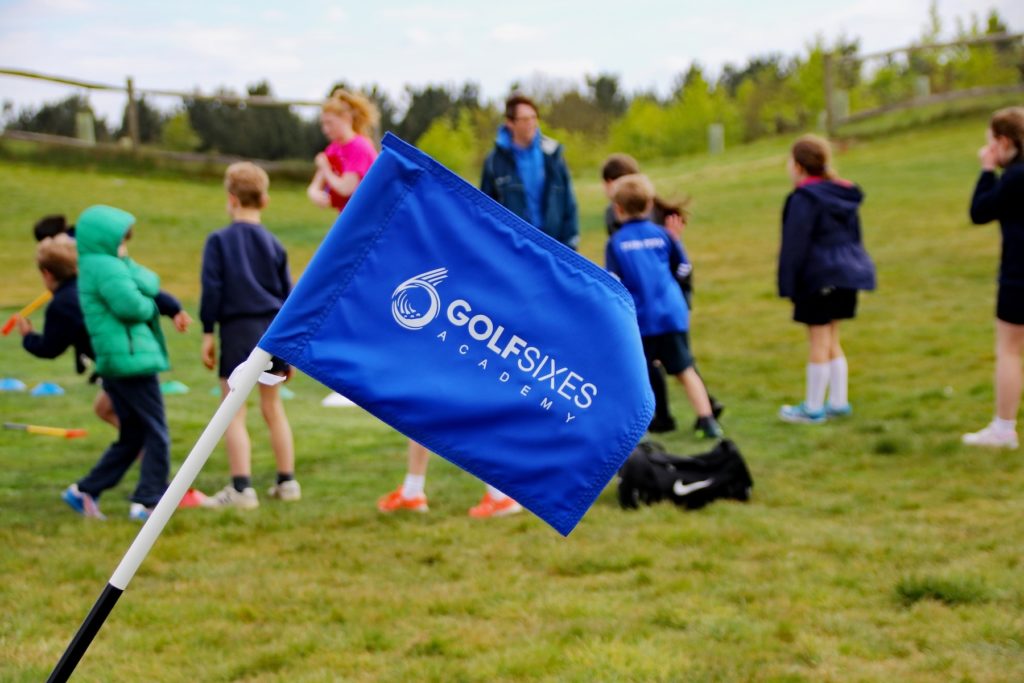 Team Denmark – the Great Danes – were inspiring the next generation both on and off the course at the weekend. Not only did they win the first GolfSixes championship at Centurion Club, but they also encouraged boys and girls in a special junior GolfSixes event organised by the Golf Foundation and staged at Centurion with the support of the European Tour.

In all, 14 European Tour players backed this Golf Foundation competition taking place just a chip and a putt away from the main action on the course.

Players from Denmark, Australia, Portugal, Netherlands, Spain, India and Wales gave up their time to guide local children as they sampled the new six-hole team game, which is now to be piloted in ‘GolfSixes Academy’ events in 32 golf clubs around England over the summer, employing the European Tour’s GolfSixes branding.

The first to arrive to support the Foundation were Denmark’s Thorbjørn Olesen and Lucas Bjerregaard. They and other top European players such as Joost Luiten, Scott Hend and Pablo Larrazabal demonstrated their shot-making, gave the boys and girls golf tips and encouragement and signed shirts, caps and golf balls as mementoes of the day.

Sarah Sorrell, Marketing Manager for the Golf Foundation, said: “All the players were absolutely outstanding in their level of support of the children; really friendly and patient. They clearly remembered being at the same stage of learning the game as the youngsters here and so it was fantastic that they could inspire them in this way. They were all a great credit to the professional game and the European Tour.

“The Danish players Thorbjørn Olesen and Lucas Bjerregaard had great fun with the kids and while we were supporting all the players taking part, our team was thrilled to see Thorbjørn and Lucas win. Much of our work as a charity is about encouraging children to learn the valuable ‘Skills for Life’ that golf can offer, and the Danish pair embodied this positive spirit brilliantly.”

The European Tour is a great supporter of the Golf Foundation and encouraged the staging of the junior GolfSixes event and provided the players to help. The Golf Foundation was also delighted to receive funding from Sport England to test out this new team format over fewer holes as a means of encouraging more young people to ‘Stay’ in the sport, part of the Foundation’s ‘Start, Learn and Stay’ strategy.

Brendon Pyle, Chief Executive of the Golf Foundation, said: “The aim of the Golf Sixes Academy is to encourage more young people, supported by their parents, to enjoy the fun and competitive team atmosphere of golf, similar to other team sports such as football or netball, so that they want to play golf on a more regular basis.

“GolfSixes, with its team formats and kit, Texas scramble shotmaking for the kids and the family involvement, will be a great addition to our support for clubs and we are hugely grateful to the European Tour for allowing us to embrace the GolfSixes brand in this way. This is all very progressive and we wish all the players the best of luck in this inaugural event at Centurion Club.”

Frederik Lindgren, Head of Corporate Responsibility at the European Tour, said: “One of the main aims of the new GolfSixes concept is to attract more people to the sport, whether that is taking up the game themselves or as spectators.

“Through our existing relationship with the Golf Foundation, together we identified the GolfSixes Academy concept as a great way of bringing the GolfSixes format directly to young people in clubs across England, the host country of the first ever event, allowing the benefits of the format to extend beyond the opening weekend at Centurion Club.”

John Deere’s 2700 and 2750 PrecisionCut and E-Cut hybrid electric triplex mowers have been honoured by the American Society of Agricultural and Biological Engineers.