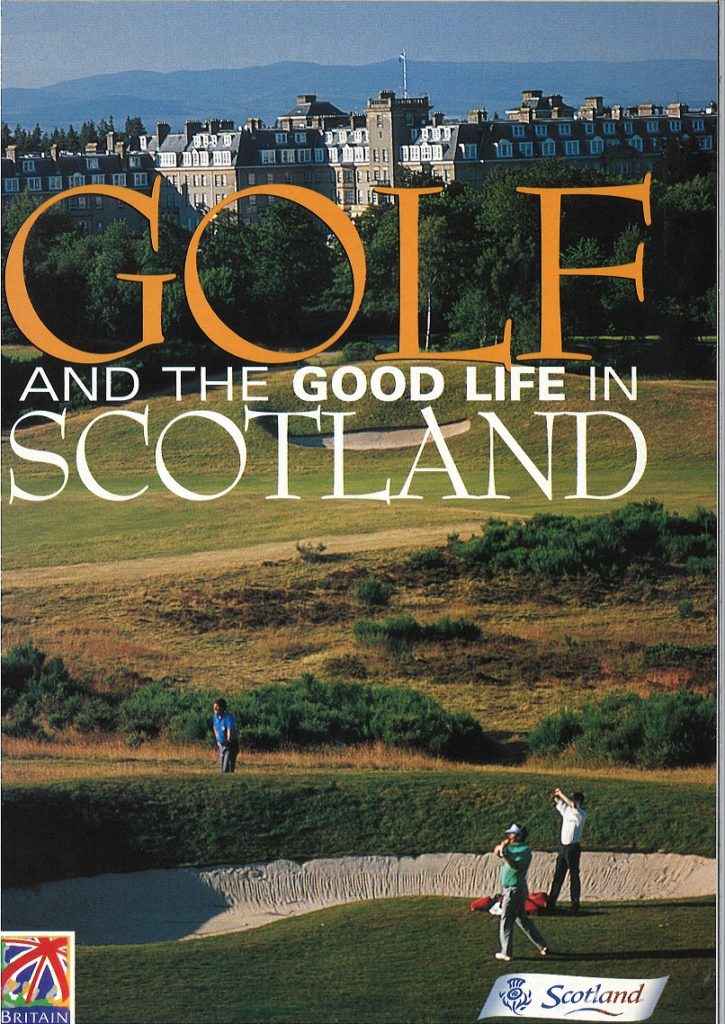 As European Solheim Cup captain Catriona Matthew turns 50, VisitScotland has dug into its archives and pulled out some of its golf tourism advertising from over the years.

The national tourism organisation, which is also celebrating its 50th anniversary this year, has been promoting the Home of Golf and hosting events for years. The spin-off tourism benefits from the sport have grown in recent years and the game has been drawing in visitors for decades.

Back in 1970, nine per cent of domestic visitors from Scotland and the rest of the UK played golf while they were visiting Scotland, and in 1978 there were around 350 golf courses. Before the internet, the brochure was king, with the Scottish Tourist Board (as VisitScotland was previously known) producing over five million booklets, leaflets and brochures at its peak in the 90s.

Golf was modestly featured in early marketing, with some examples stating that “Golf is the ordinary man’s game in Scotland. So, it is cheap as well as plentiful” and “Wherever he goes, the golfer realises right away he is in the Home of the Game.”

Clearly times have changed, with women making up around 16% of golf club membership in Scotland in the last decade, and a Women in Golf Charter established by the Royal and Ancient Golf Club of St Andrews last year.

As years went on, dedicated golf tourism brochures were created, but the rise of social media has led to a significant change in VisitScotland’s marketing methods. Campaigns now target digital channels as well as the traditional media routes.

Nowadays almost half (47 per cent) of overnight golfing visitors travel from overseas to play golf in Scotland, with the country boasting over 570 golf courses. Golf tourism is now a key part of Scotland’s visitor economy, worth more than £286 million on an annual basis with a target to grow that to £325 million by 2020.

Research shows that overseas golfing visitors spend on average £338 per night during a trip to Scotland, which is more than four times the daily spend of an average overseas visitor (£78.90). From 2008 to 2017 the value of golf tourism and events increased by 30 per cent. Half of all female golfer visitors to Scotland describe themselves as either ‘luxury’ or ‘holiday’ golfers, indicating a willingness for a high-spend and to undertake a variety of other activities during a golf trip, visiting multiple regions.

Catriona Matthew, who turned 50 on August 25, said: “Golf has grown so much since I started playing as a youngster – not just as a sport but as a Scottish institution that sees benefits spread across the country. VisitScotland and the tourism industry’s work over the years in bringing huge golf events to Scotland has been incredible and reinforces our country’s reputation as the Home of Golf. It’s great to see so many visitors are coming here to play golf as part of their holiday and I hope those coming to watch the 2019 Solheim Cup will make sure to explore and discover all the amazing places Scotland has to offer.”

Allan Minto, Golf Perthshire Project Manager and a former golf professional, said: “When I started out in 1979 at Gullane Golf Club, we would get visitors coming to the course, getting lessons and buying souvenirs. Even then, it was recognised that tourism was a wider benefit for golf and vice versa but to see this relationship grow as it has is amazing. Getting stars like Jack Nicklaus at the height of his fame in the 80s to appear in adverts for the Scottish Tourist Board had a huge impact – he really was a big deal at the time and would have been a draw for lots of visitors. 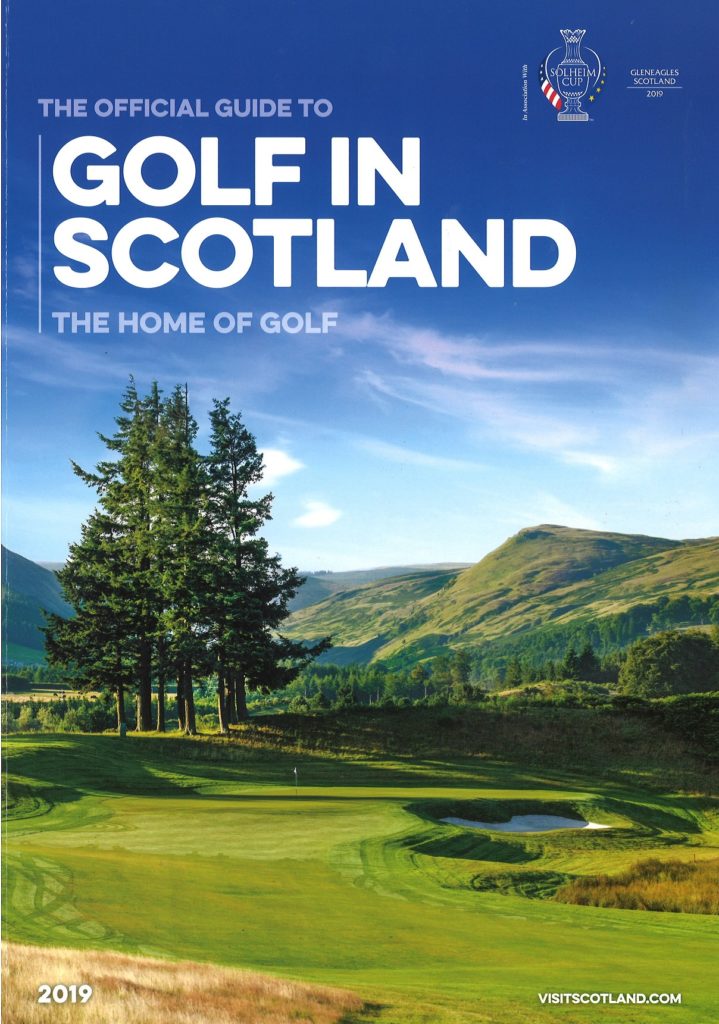 “And the golf tournaments and events Scotland has hosted have just got better and better, bringing more and more people from abroad. We’ve seen a real golden period from around 2013 to the present day. You now have visitors from North America coming here to travel around the country and tick off the bucket-list courses, while those from places like Sweden and Norway will be more independent and like to discover some of the lesser-known venues.”

“Having VisitScotland put such a focus on golf has made a big difference and opening the sport up more to families, showing it is a game for all, is having a ripple effect on the tourism industry.”

Malcolm Roughead, VisitScotland Chief Executive, said: “Scotland’s reputation as the ‘Home of Golf’ is renowned across the world, but you don’t have to swing a club to feel the benefits of the popular sport. Golf is one of Scotland’s unique selling points, with no other country able to match our history or heritage in the game. It has been played here for over 600 years and shows no sign of stopping.

“The sport and events like the 2019 Solheim Cup provide an incredible opportunity for the tourism industry to capitalise on the influx of visitors to rural areas and our cities with 400 of our courses within an hour’s journey of a city or airport. They have also helped Scotland to become a tourism giant over five decades and, while the 50th anniversary is VisitScotland’s own milestone, it’s very much an anniversary to be shared with our industry colleagues and partners.”