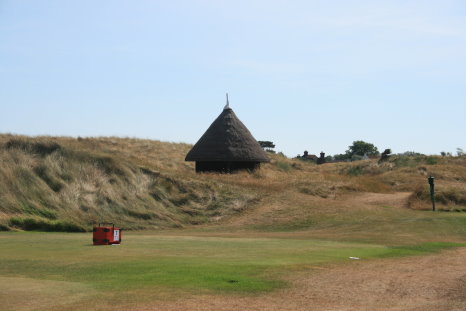 Independent economic research commissioned by The R&A highlights that this year’s  Championship staged at Royal St George’s Golf Club delivered a £77 million benefit to the County of Kent.

Commenting on the research findings R&A Chief Executive, Peter Dawson said: “We found a worthy winner in Darren Clarke at Royal St George’s and we are delighted that the Championship also delivered a significant economic impact to the local community.

In one week, the economic benefit for Kent exceeded £24 million and the tourism legacy benefit of almost 300 hours of scenic images of the Kent countryside, viewed globally on television, will pay back in the county for years to come,” added Dawson.

Minister for Sport and the Olympics Hugh Robertson said: “The Open Championship is one of the jewels in the crown of the sporting calendar and attracts golf fans from all over the world. As a Kent MP, it was good to see The Open return to Royal St George’s this year.  Hosting the Championship gave an economic boost to the county and region but also to the country as a whole. As well as the tourism benefits it brings, it showcases the passion and knowledge we have for the game and I look forward to the 2012 Championship in  Lancashire at Royal Lytham and St Annes.”

Commenting on the legacy of The Open Championship, Kent County Council Leader, Councillor Paul Carter said: “The Open was the largest major global sports event that Kent has accommodated in recent years. Not only did it lead to a golf legacy project involving many hundreds of people in the county trying golf for the first time, but it boosted the profile of the area nationally and internationally, which should help in our efforts to secure inward investment, tourism and jobs forEast Kent.

Officials from The R&A and local authority representatives meeting in Dover this week will discuss necessary transport infrastructure enhancements for The Open Championship’s return to the South East.

A total of 180,000 spectator admissions were recorded at The Open Championship this year and 37,000 passengers travelled on the special High Speed train service from London St Pancras, operated by Southeastern. Airline Flybe reported total bookings atManstonKentInternationalAirportup 70% in July with a 40% increase in bookings on the carrier’sEdinburghservice.