ClubstoHire ahead of schedule in €100m Market 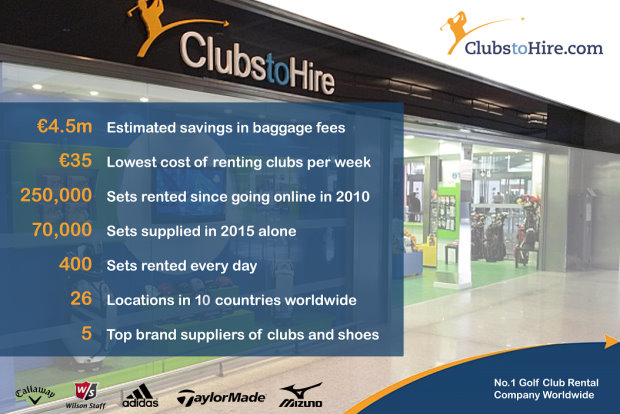 Golfers visiting Florida’s prime golfing destination of Orlando have taken to renting out golf clubs in a big way, according to ClubstoHire.com, the company that pioneered club rental across Europe and is about to celebrate its first anniversary in the United States.

In a global market exceeding €100m annually, the Dublin-based company has seen sales in the Sunshine State increase by 15% and customer interaction grow by 58% since launching its service in July last year.

“Orlando is by far the busiest of our locations Stateside and has seen consistently strong traffic since we opened, with excellent take up from the UK market in particular,” said CEO Tony Judge, who sees a bright future for the ClubstoHire operation based on performance over the past 11 months and reaction to its proposition and service levels.

“We’ve invested heavily on supplying golfers with the latest technology and newest products available on the market, with the added bonus being cheaper than renting locally, or paying excessive airline charges,” he added. “Renting a set at a club in Florida will cost $50 upwards, with higher end courses charging $80 per round. We charge just $80 for the week, so it makes financial sense as well as not having the hassle and cost of transporting a set for the whole trip,” he added. 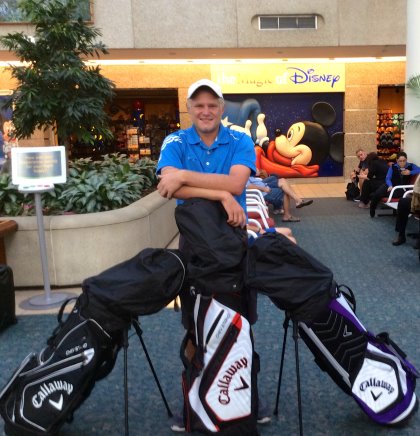 Renting clubs for a golf trip is quickly becoming the norm for UK holidaymakers, with winter sports being set as a benchmark for what is possible in the rental business. “It’s nowhere near comparable to the ski sector yet, but the golf rental market is booming,” said Judge, who oversees a business renting out an average of 1,500 sets each week and 400 sets a day at peak times.

“Being serviced from all the leading golfing countries and with 90 million visitors each year, Orlando is a prime golfing location and our customers have taken to our service and the products we offer in a big way,” he added. “As well as playing in and around Orlando, they often head to Jacksonville and play TPC courses or drive across to Tampa – which suggests that club rental is really meeting golfers’ needs,” he added.

The popularity of ClubstoHire in the UK has also seen a growth in the number of sets picked up from Dublin airport ahead of the Irish Open this week. The K-Club – the host of the tournament – is one of many courses used by golfers visiting Ireland that also include prestigious venues such as Royal Dublin, Portmarnock Links, Carton House and Druids Glen.

Penfold Golf has partnered with the Seve Ballesteros Foundation to launch an exclusive collection of golf accessories, starting with a golf glove which has been co-designed by Javier, Miguel and Carmen Ballesteros.

In addition to evolving the way PGA Professionals are categorised, 2020 Vision sees the creation of two new membership groups open to all who work in the golf industry – including business professionals and club volunteers