There is a total of 34 commercial supporters on the European side of this year’s Ryder Cup with four official partners sitting at the top of the sponsorship pyramid: Aberdeen Standard Investments, BMW, Emirates and Rolex. Each of the top four have extensive hospitality at the match as well as a large programme of events both before and after Ryder Cup week. 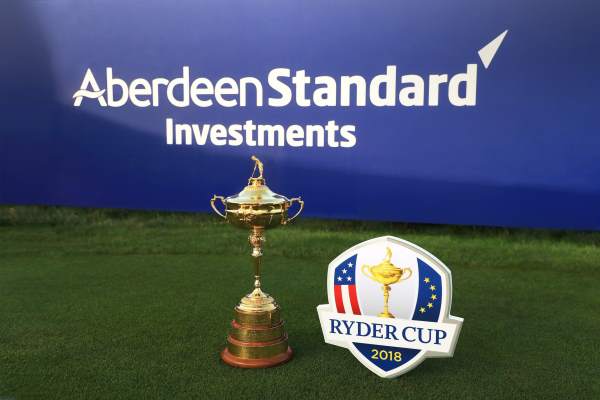 The Aberdeen Standard Investments (ASI) involvement is an interesting case history in how to maximise this level of sponsorship which, according to a recent story in The Daily Telegraph, can cost between £2 million and £4 million and is part of a total commercial pot of Ryder Cup income of around £200 million per match.

ASI’s partnership provides an opportunity for the company to market its association with the tournament on a global scale. Before the initial agreement in 2013, never before had a company partnered with the Ryder Cup on both sides of the Atlantic.

The ASI sponsorship not only compliments the company’s other partnerships across golf, tennis, rugby and skiing, but also the their ambitions to become a world-class diversified investment company, where striving to achieve excellence and having distinctive team culture are central to what they do. Post-merger, the sponsorship is now more than ever an important part of their brand building strategy and is a perfect match in terms of their global reach, shared heritage, client base and strong team ethos.

The benefits for ASI within their Ryder Cup official partner status include an on-site guest programme, on-course branding, use of the Worldwide Partner designation, experiential, advertising collateral across print, broadcast and digital along with a number of internal engagement opportunities with their staff around the world.

In 2018, ASI agreed some key partnerships with Ryder Cup broadcasters, Sky Sports (UK) and NBC/Golf Channel (US) – two key markets for the company’s target audience. ASI also secured a partnership with The Daily Telegraph and worked with media buyer Ptarmigan to place media across print and digital titles in targeted programmatic ad campaigns.

As part of their sponsorship of the 42nd Ryder Cup matches in Paris, ASI has rolled out a ‘Visionary Leadership’ advertising campaign focusing on the roles of both Ryder Cup captains – Thomas Bjorn and Jim Furyk and the depth of research that goes into the preparation and range of capabilities needed to deliver excellence in performance and a winning team. Their TVC ad campaign, produced by London based WING productions, will be aired live on Sky Sports, NBC and The Golf Channel and feature both Ryder Cup captains (see below)

ASI has run various internal engagement opportunities, getting their staff around the world involved in the Ryder Cup sponsorship. Along with various competitions such as a Wildcard pick predictor along with a Ryder Cup trophy tour of their various offices, ASI has also surprised staff with some captains appearances such as this unsuspected visit from Jim Furyk.

As part of their onsite activity at Le Golf National, ASI is bringing a ‘Ryder Cup First Tee Experience’ experiential activation to all golf fans in attendance. The experience will give fans the chance to experience what it is like to tee off at the 1st hole of the Ryder Cup complete with a simulator, heart rate monitors and a cheering crowd. The unit will be located in the spectator village and will provide ASI with a significant brand building opportunity with a key target group. Over 51,000 spectators are expected to walk through the gates at Le Golf National each day during The Ryder Cup.

ASI will also be targeting fans not lucky enough to be at Le Golf National through a partnership with European Tour Productions and their ‘Access All Areas’ video series which will be promoted on social media, which also includes a Twitter Amplify campaign with @RyderCupEurope and @RyderCupUSA.