Martin Slumbers, Chief Executive of The R&A, said, “It is with great sadness that we have awoken to the news of the passing of Peter Thomson. Peter was a true gentleman and will be forever remembered throughout the world of golf as one of the great champions of our wonderful sport. He was a distinguished Honorary Member of The Royal and Ancient Golf Club of St Andrews and will be sorely missed by all of us at The R&A. Our thoughts are with his family at this very sad time. 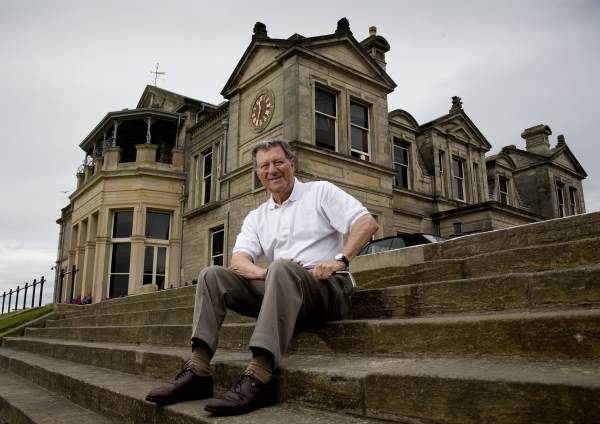 “Peter gave me a number of very interesting and valuable thoughts on the game, how it has developed and where it is going which demonstrated his genuine interest and love of golf.

“He was one of the most decorated and celebrated Champion Golfers in the history of The Open, winning the Championship five times in total and becoming the only golfer of the 20th century to lift the Claret Jug on three consecutive occasions between 1954 and 1956.

“Our deepest condolences go out to Peter’s wife, Mary, and his four children, Diana, Peta-Ann, Fiona and Andrew.”

Golf Course Architect Tim Lobb said, “This morning we lost a great man in Peter William Thomson. He was a special business partner, a mentor and a very dear friend. I first met Peter in 2002 in Melbourne, Australia. I remember the meeting very well. I was very nervous to be in the same room as my boyhood hero. He was my role model and my inspiration for taking up the game. However, he immediately relaxed my nerves and we spoke about golf over a long lunch.

“Two years later we started our design business and the collective of Peter Thomson, Ross Perrett and Tim Lobb became formally known as Thomson, Perrett & Lobb (TPL). Peter, Ross and I always tried to meet at The Open Championship. These occasions gave me a unique insight into Peter’s legacy, his legendary status as a five-time Open Champion and his love of links golf.

“One my favourite times with Peter was when The Open returned to St Andrews. Ross and I would visit Peter and his wife, Mary, in their home in Hope Street for morning tea and a chat. It was always such a relaxed atmosphere and a special way to start the day. Sometimes we would walk the Old Course together, but often we would simply be at his home, watching the action unfold on TV.

“I will always treasure these very special times with Peter and his family at the Home of Golf, somewhere he loved so much.

“Peter was a huge supporter of TPL and we enjoyed many trips together. Peter always travelled light, and always knew the fastest way through any airport!

“When onsite at one of our many projects, Peter’s golfing brain would always take over, and his experience of playing golf around the world is wrapped into every one of our designs, and I’m proud this legacy will live on. Peter was a lover of natural looking golf courses, he always wanted to sit a course into the land and the environment with minimal change, and the core of his design philosophy was always to make the golfing experience enjoyable.

“I will dearly miss Peter’s insights, intelligence and company. He was a great man, a friend and an inspiration. Peter William Thomson, rest in peace – a round well played.”

Peter Thomson was a Vice-President of the Association of Golf Writers. This morning AGW Chairman, Iain Carter said, “Golf has lost a titan with the passing of Peter Thomson and the AGW has lost a vice president who was one of the game’s most revered figures.

“Peter had been suffering from Parkinson’s disease for more than four years and died at his home in Melbourne on Wednesday. I remember interviewing him some years ago during a St Andrews Open.  He was an absolute gentleman, insightful, inspiring and a delight to meet.

“In 1954, he was the first Australian to claim the Open Championship, the first of three victories in a row and a total of five Claret Jugs.  Only Peter and Old Tom Morris have won three consecutive Opens and only Harry Vardon, with six, has won the championship on more occasions.

“Peter won 89 titles worldwide, served as president of the Australian PGA for 32 years and exerted huge influence with more than 200 design projects in 30 countries.  He also helped establish the Asian Tour and was a prolific writer within the golf media for more than 60 years.

“Following his death, the AGW extends its sympathies to his wife, Mary, four children, 11 grandchildren and four great-grandchildren.”

Bernie McGuire, Secretary, Association of Golf Writers, said, “It has been very sad awakening to news Peter Thomson has passed away. I attribute double Open champion Greg Norman as my inspiration in delving into golf reporting, but it was Peter Thomson who everyone looked-up to and admired.

“In his later years Peter took up golf writing and filing copy to one of the Melbourne newspapers along with contributing to magazines and also dabbling in TV commentary. Though seeing him sitting in the press rooms at tournaments it was hard not to remember here was a person who had won five Opens.

“In fact, Thomson won the national championship in ten countries, including the New Zealand Open nine times and Australian Open on three occasions. Peter was always engaging and would always call you by your first name.”