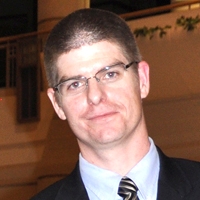 Stephen Tucker founded the IGCEMA and has played an integral part in its fast rise to prominence in the turf industry. Stephen’s energy and perseverance has resulted in the creation of numerous initiatives, including the virtual trade show, Technician Certificate Programme, and other educational opportunities.

“Over the last five years I have really enjoyed the opportunity to help build the IGCEMA into what it has become,” said Stephen. “I have worked with some great people from association leaders to members, and I appreciate all the help and support they have given me. My resignation comes at a point where the demands of my day-to-day life have reached an extreme high, dividing my time and energy between my real job, which has become more demanding in a tough economy, my family that needs my attention, and the level of leadership the association requires. In being a volunteer CEO, the job is a lot to take on when making decisions for the future of the IGCEMA, and I believe the membership needs someone who can dedicate more time than I can to get the tasks ahead of us accomplished.”

“I think it is great to see how much we have grown both as an association and a profession. I again thank everyone for their support.”

Stephen has stated that he wishes to remain active within the association and is ready to be called upon in the future. The IGCEMA wishes Stephen every success in his future endeavors and recognises the fact that his leadership and guidance have been invaluable in the success the IGCEMA has enjoyed since its inception.

A successor has not yet been announced.