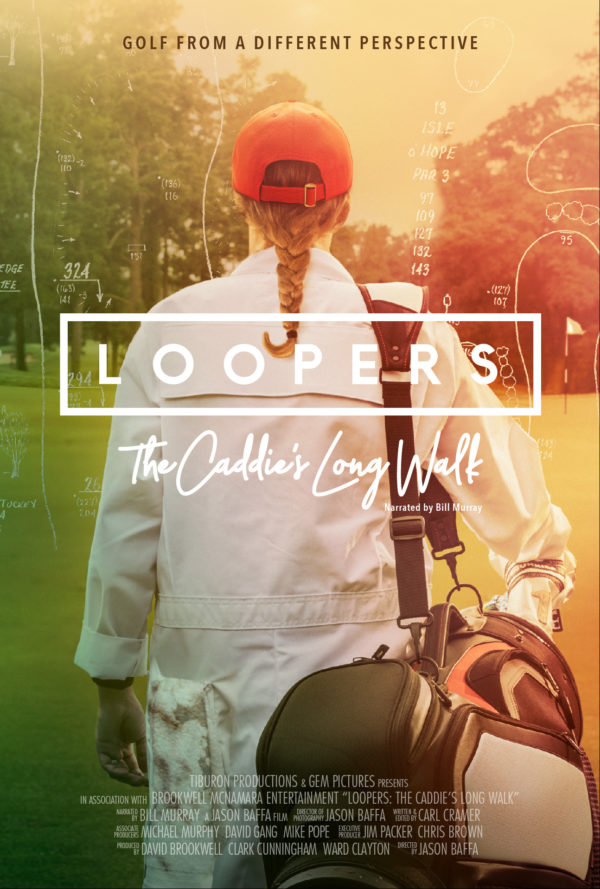 The film is narrated by actor and former caddie Bill Murray, who starred in the 1980 comedy “Caddyshack,” which was written by his brother Brian Doyle-Murray. The six Murray brothers grew up caddying at Indian Hill Club in Winnetka, Illinois. Among the attendees in Edinburgh will be Fanny Sunesson, the long-time caddie for Sir Nick Faldo, both of whom participated in the film.

“Loopers” was filmed at some of the more iconic locations in golf such as The Old Course at St. Andrews, Scotland, numerous other vaunted courses in Scotland and Ireland such as Carnoustie, Prestwick, Ballybunion and Lahinch, the Augusta (GA) National Golf Club, Pebble Beach (CA) Golf Links and Bandon Dunes (OR).

The “Loopers” U.S. theatrical release began on Friday, June 7 – the week before the U.S. Open at Pebble Beach – and includes theaters in 30 states and more than 100 theaters.

“Loopers” is directed by Southern California filmmaker Jason Baffa, who has directed successful independent films on the global surfing sub-culture, including “Bella Vita,” “One California Day” and “Singlefin: Yellow.” Baffa’s first film on golf harkens back to his days growing up when he played golf with his father and uncle.

Locations/Tickets: Tickets are on sale with non-reserved seating. Go to https://www.edfilmfest.org.uk/whats-on