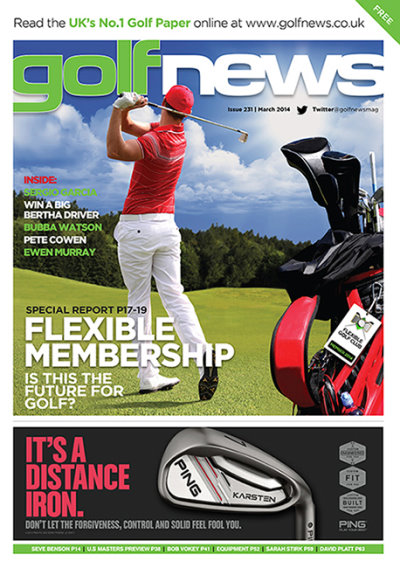 Next month marks the 20th anniversary of the launch of ‘Golf News’ – said to be the UK’s ‘favourite free monthly golf magazine’.

Started in 1994 by publisher Matt Nicholson, Golf News continues to celebrate the best of golf in the South East, as well as reporting on golf events around the world.

Speaking about the anniversary, Nicholson, 45, said: “It’s hard to believe that two decades have gone by since we first launched Golf News. At the time free magazines were virtually unheard of, and there was nothing for golfers to read beyond the more instruction-orientated paid-for titles. It certainly took time – and a lot of driving around the Home Counties – to convince advertisers that it was a model that would work, but here we are 20 years later, and the magazine has never been more popular.”

Edited by experienced golf journalist Nick Bayly for the last 12 years, Golf News continues to bring an unrivalled mix of club news, course reviews, exclusive player interviews, equipment reviews, travel features and competitions that has proved such a hit with golfers for the last 20 years.

And with over 42,000 printed copies available in over 500 golf clubs, Golf News is certainly reaching a wider audience than ever before, and with a digital issue having 26,000 subscribers and a Twitter feed followed by over 20,000 golfers, the title is providing a user-friendly multimedia platform for golfers – and the wider golf industry – to keep in touch with news from the region. And this month sees the rolling out of an expanded range of eye-catching magazine racks and counter-top displays that will make Golf News even more unmissable in the clubhouses.

As well as coverage of the season’s first Major, the April issue – which will be the 232nd – will also include a special pull-out guide to this year’s BMW PGA Championship at Wentworth, which is celebrating a milestone of its own next month, with its 30th staging of the event in at the Surrey venue, while the tournament itself is 60 years old this year.

With season tickets to the European Tour’s showcase tournament to be won, and full preview of the event, Golf News continues to show why it remains the leader in the clubhouse.