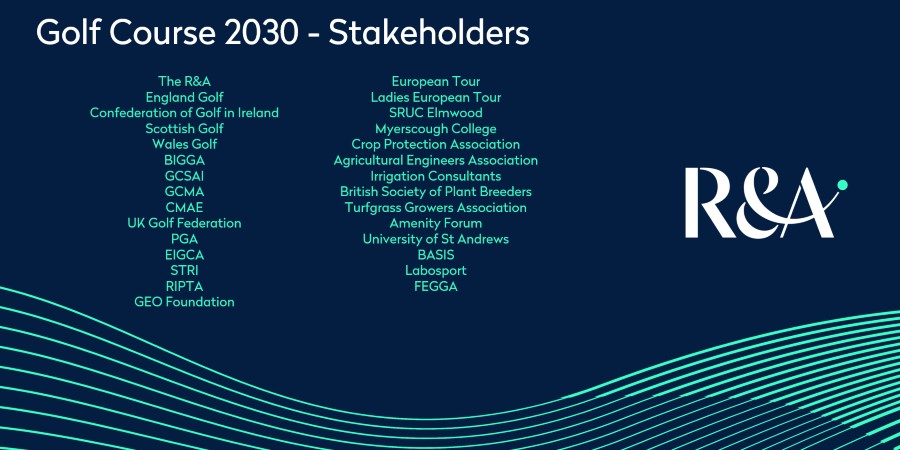 After just over a year of work, Golf Course 2030, the industry-wide initiative aiming to improve the health and welfare of Britain’s 2,500 courses, is on course with its first key deadlines, according to the project’s leading spokesperson, writes Ross Biddiscombe

Steve Isaac, director of sustainability at the R&A, told a BTME seminar audience last month that the priority issues for the initiative have now been assigned to various partners and the first batch of draft action plans will be delivered by the end of April.

“We’re making good progress,” he told the audience in Harrogate. “Delivery of the draft action plans in April is the next big deadline and we have to keep to these dates. Until later on this year, it’s all process, but we want tangible outcomes and real results as soon as possible. It’s nice to get the process right, but we want results on a regular basis.”

After April, there will be a bidding process to take plans forward and then approval of them by August. Isaac says he wants at least some of the projects to be relatively easy to deliver because that will give the whole GC2030 initiative some early momentum. 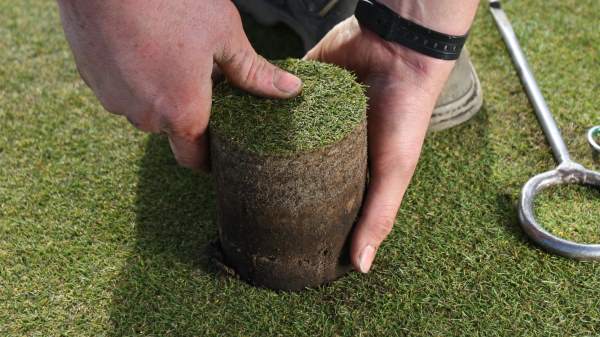 “If we have  a number of shorter projects completed by the end of 2020 and also some longer-term ones in the pipeline at the same time, then people will start to believe in the idea,” he said and confirmed that a key part of all the projects will be the assessment of the cost of their outcomes. “The recommendations coming out of projects have to be affordable for a whole range of golf courses. There has to be something for everyone and that’s where we come to best practices to remind people of all the good things already available, with some of them already in research papers that can be just too technical and need to be better explained. That’s why communication is going to be so important in the delivery of GC2030.”

Golf Course 2030 came into being at a meeting of The R&A’s Sustainability Committee in November 2017. A working document was produced by the following spring and then revised through exchanges with a large industry stakeholder group in time for a meeting of this group in September 2018. The whole idea is to provide roadmaps for some of the most crucial, future challenges for golf courses in terms of their condition and playability. The initiative focuses on climate change, regulation, resource constraints (particularly of items like water and sand, but also of the future golf course workforce).

Isaac stated that course condition is “time and again” the number one priority for golfers and “it’s not surprising, because this is the product, what they pay for.”

Over two dozen golf organisations – from the European Tour and The R&A to the architects’, greenkeepers’ and golf course managers’ associations – are heavily involved which Isaac thinks will help produce cost effective solutions and boost areas like sustainability. “I can’t recall a time when so many organisations were in the same room discussing the same issue.” Isaac was keen to stress that this is not just an R&A initiative, a point proven by the fact that other organisations are also taking leading roles in developing the action plans.

Course condition and playability is one of the five priority areas that will prompt the action plans later this year and Myerscough College in Lancashire is taking charge of looking at measurements, standards, education and objectives in this area.  The other priority areas and their stakeholder leaders are communications (the GEO Foundation); resources including chemicals, labour and sand (Scotland’s Rural College SRUC at Elmwood); water management, either too much or too little (design, construction and maintenance group STRI); and coastal changes (The R&A, in part because of The Open Championship being played on so many links courses).

Isaac also realises that people will ask why the initiative has 2030 in its title. The initiative matches the sustainability agenda set by the United Nations which also targets the end of the next decade. “It made sense for us to have the same timetable,” said Isaac. “Also 2030 is 11 years away and is a relatable time frame rather than trying to consider what the game might look like in 50 years’ time.”  However, the initiative will not culminate in 2030, as there will continue to be challenges to address and opportunities to take.

And he did not hold back with the warnings of what might happen if nothing was done by the golf industry. “It’s useful to imagine extreme scenarios because in 10 or 20 years’ time,” he said. “it could be business as usual if we can find solutions and new technologies, but that could be a big ‘if’. A more likely scenario is that all these issues will have an impact on golf course condition and, in the absolute worst case, the type of golf course offered to some customers will not be up to a standard they are willing to pay for. That means there could be more golf course closures and that’s bad news for everyone.”

Isaac’s presentation at BTME was followed by an expert panel discussion of the issues. Jim Croxton, chief executive of BIGGA, said that the coming together of so many golf organisations on this topic has “underlined the consequence of inaction” and that golf courses had to think of tee times in 10 years’ time and not just tomorrow.

“Golf Course 2030 is a tool for the industry,” he said. “We’re a sport that is run by the clubs, but this initiative gives everyone more direction in the way that other sports are able to deliver.”

Christian Spring from STRI Group said the projects within the initiative should be viable for the golf courses that they are aimed at. “There should be some blue-sky thinking, but also some tried and tested methods that provide solutions,” he said.

Among the biggest challenges to the future of golf courses – and, therefore, golf – listed by the panel members were:

Among the other news from Isaac’s presentation was that Golf Course 2030 is not one of those initiatives that is launched with a great fanfare, but then dies a slow death without any results. “The problems we’re talking about aren’t new ones,” he said. “But we’re committed and, if we get it right in GB&I, then GC2030 will spread to Europe where there are some interesting issues and solutions as well. But, first, we have to get the communication right. We will talk to governments, NGOs and other sports bodies. Part of the communications effort will be to canvas stakeholder and public opinion and regular reporting, plus we’ll look closely at our progress every three years with measurable targets. Golf Course 2030 will not disappear.”