Paul Lawrie to receive the Spirit of Golf Award at Carnoustie

Paul Lawrie OBE is to receive the Golf Foundation’s most prestigious honour during The Open Championship, in the Spectator Village at Carnoustie tomorrow (Tuesday 17th July). Each year the Golf Foundation presents a leading international golfer with its ‘Spirit of Golf’ Award, given to a player who has inspired young people to take up the game through the way he/she has played the game. 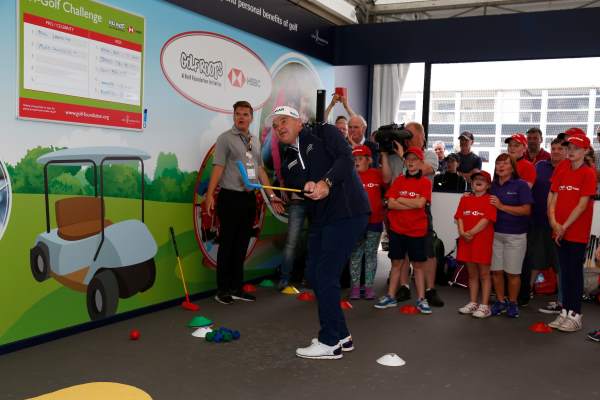 Paul Lawrie, who won The Open Championship so dramatically in 1999, has inspired a great many youngsters throughout his career and is still doing so. Apart from his tournament successes on the European Tour and his appearances in two Ryder Cups, he has gone on to encourage thousands of youngsters to thrive in golf through the Paul Lawrie Foundation.

After receiving their award it’s now a tradition for recipients to face the questions from youngsters new to golf before playing a series of Tri-Golf challenges with the boys and girls. The event is informal and fun and celebrates grass roots junior golf and the values of the Golf Foundation.

The Golf Foundation is the nationally recognised charity that works with national partners to encourage young people to ‘Start, Learn and Stay’ in the sport and enjoy its ‘Skills for Life’ benefits. See www.golf-foundation.org

Golf Foundation CEO Brendon Pyle said: “We are really looking forward to welcoming Paul and introducing him to watching families at Carnoustie. Paul first inspired young people by winning The Open and he has continued to excel in helping to develop the next generation of young players. He is hugely deserving of this honour.”