Volvik brand ambassador and Ladies European Tour winner Carly Booth brought a smile to the faces of kids competing at the Wales Mini Masters final at Celtic Manor this week. 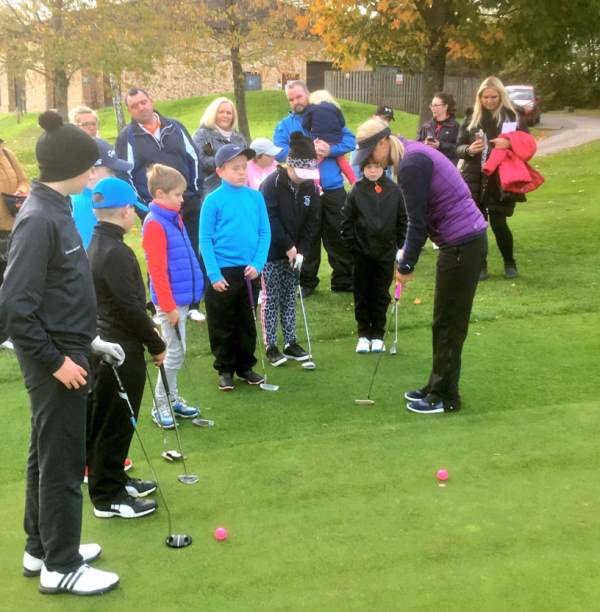 Armed with her trademark Pink Volvik S3 ball, the Scottish professional golfer gave a putting clinic as 60 finalists drawn from all over Wales took part in a competition staged in conjunction with Wales Golf and the Ryder Cup venue.

Carly, who won twice on Tour and now boasts a social media following of 170,000 across Twitter and Instagram, commented: “It was great to see that there were as many girls competing as boys and they were all so keen to learn more about the game.”

A nearest the pin challenge using different coloured Volvik VIVID balls formed part of the event held over nine holes on the Montgomerie course, with eight winners emerging from the age groups taking part – ranging from seven to 12 and over. Isaiah Flewitt, aged nine from Hawarden Golf Club in North Wales won the Volvik Challenge using a Red coloured ball.

“We had a record entry for the Wales Mini Masters over seven qualifying rounds this year and having support from Carly and Volvik made it even more special for both the competitors and their parents,” said organiser Andrew S Jones of ASJ Solutions Ltd.

Carly was the youngest ever club champion in Britain when she won the title at Dunblane New aged just 11. Six years later, she then became the youngest Scot to qualify for the Ladies European Tour.