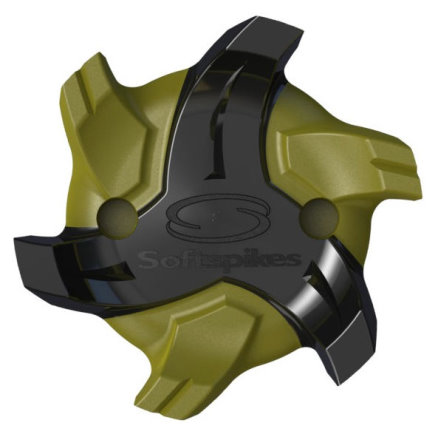 The study, which was conducted at the Softspikes Advanced Research Center (ARC), highlights the vast benefits of shoes featuring replaceable golf cleats v. cleatless shoes in both wet and dry conditions.

Softspikes conducted the study to provide golfers, and golf retailers alike, with a baseline for evaluating the best golf shoes on the market for traction by comparing today’s new cleatless shoe models versus traditional replaceable cleated golf shoes.

“Although we based this study on just 5,000 steps, compared to the more than 200,000 a golfer would normally take over 20 rounds, the results were quite eye-opening,” said Bob Burt, Vice President, Engineering and OEM Development, Softspikes. “Out-of-the-box and new, cleatless golf shoes have 50-70% less traction than the shoes with golf cleats, and in just over three weeks of use the shoes lost another 25-28% of their traction capability. That’s a considerable loss of traction for new golf shoes.”

Burt adds, “It is important to note that these traction tests were performed in lab conditions, on a flat surface with the compression applied directly at 90 degrees – the best possible condition for traction.  Golf courses provide very few flat stances and we believe the differences in lost traction on the course would be even greater given these factors, further favouring the traction benefits of cleated golf shoes.”

With acres of natural surface testing along with the extensive testing lab, the Softspikes ARC is the only facility of its kind developed by a golf cleat manufacturer.

As part of the management of the new facility, Softspikes works closely with leading OEM footwear partners in both the golf and sporting goods industries who utilise the facility to develop next-generation, game improvement equipment.

“We recognise that consumers are considering cleatless golf shoes as a possible option for their golf footwear needs, so it was important to utilise the ARC’s capabilities in measuring traction performance and durability to measure the significant drop off in performance of cleatless shoes.” said Burt.

Today, PrideSports is the world leader in the design and manufacture of cleats and receptacles for the entire golf footwear industry.