FootJoy, the #1 Shoe and Glove in Golf, has been awarded Foremost Golf’s coveted ‘Shoe of the Year’ for the eighth year running at the group’s annual Industry Awards. After years of dominance for the brand’s Contour line, the Pro/SL scooped the prize after a hugely successful breakthrough in 2017. 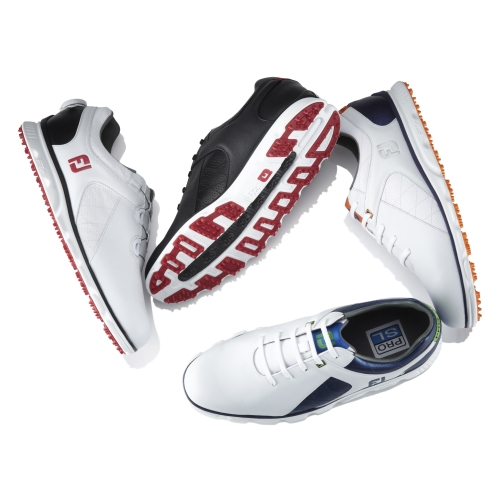 The shoe has had an explosive year, becoming the most sold model in the UK by some considerable margin. As an example of the line’s popularity at retail, more than one in every ten shoes sold within the UK in 2017 was a Pro/SL helping to support yet another season in which FJ have achieved over 50% footwear market share. FJ Brand Ambassadors, including Lee Westwood, Tyrrell Hatton and Adam Scott aided the marketing of the product, trusting its spikeless performance throughout the season.

In addition to the Pro/SL, two of the other shoes shortlisted for the top prize were also FJ Models. The DryJoys Tour has remained a staple within the FJ range, perfectly suited for golfers demanding traditional styling with elite performance. Joining the DryJoys Tour amongst the nominees was a version of the Contour created exclusively for Foremost, after incredible demand for the product since the shoe’s launch.

The annual Foremost Golf Industry Awards celebrate the year’s standout products with the 2017 event being held at Stadium MK in Milton Keynes. Whilst the majority of the awards are voted for by Foremost Golf, readers of Golf Monthly were asked to vote in a selection of categories, including ‘Player of the Year’.

After an incredible season, the award was won by FJ Brand Ambassador Justin Thomas who appeared by video link to accept yet another accolade in an unbelievable 2017. Thomas, whose father is a club professional in the US, can relate to the retail arm of the industry better than most Tour Players, and thanked those in the room for their ongoing support.

Russel Lawes, Sales and Marketing Director of FootJoy UK, said: “It’s a tremendous achievement for the company to again pick up the ‘Shoe of the Year’ award. Our brand has been built upon a strong relationship with the professionals selling our products to the golfer. Providing them with a strong footwear line-up which can resonate with the consumer is always our aim at the start of each season, and we’re pleased that we’ve been able to do that again in 2017 with the Pro/SL”.

Andy Martin, Foremost Managing Director commented: “Foremost have long enjoyed a successful working relationship with FJ, and each year their footwear range is always greatly anticipated by our professionals. 2017 was no different and the group has had a fantastic year with the Pro/SL. We’d like to congratulate FJ on the award and another strong year, and look forward to continuing to work closely with the brand in 2018”.