Linna Golf, Finland, will play host to the inaugural European Tour Properties Senior Classic in 2017, the second new event added to the European Senior Tour Schedule ahead of the new season.

The scenic forest course borders a 7km long lake within the historic Vanajanlinna Manor grounds and offers a great variety of beautiful landscapes and topography. Since opening, it has received praise for both its design and immaculate presentation, with many reviews placing it as the best course in Finland and one of the most luxurious resorts in northern Europe.

“We are confident that the first European Tour Properties Senior Classic will be a huge success and welcomed by our players and fans alike.”

The tournament will be played in the popular Alliance format, giving amateur golfers the opportunity to tee it up alongside the Senior Tour’s finest during the first two tournament rounds. 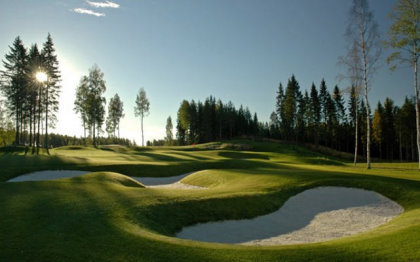 MacLaren added: “The European Senior Tour offers the chance for interaction with players whose names are familiar to all of us, and who take great pride in showcasing their skills and personalities to a wide audience.

“The creation of a brand new tournament to represent and promote our network of world class venues is a momentous point in the development of European Tour Properties.

“Its growth into a global family of high quality venues now allows us to take an important step and the creation of this bespoke tournament will help showcase everything that we believe makes our member venues the pre-eminent choice for travelling golfers, club members and all who aspire to spend time in world class golfing environments.

“The European Tour Properties Senior Classic will be staged annually at a different member venue and we have selected Linna Golf for the inaugural event due to its magnificent golf course and wonderful facilities.

“Holding an event in the Land of the Midnight Sun gives us the potential to stage one of our rounds in the evening, which would certainly be a unique opportunity for our members and also their pro-am partners.”

Mika Walkamo, Chairman of Vanjanlinna & Linna Golf said: “We are very proud to have the honour of being the host of the first European Tour Properties Senior Classic and will do our utmost to make sure this event will be a success.

“It will be the biggest golf tournament ever held in this country, and it is wonderful to have the European Tour family visit Finland. I believe the players will love the golf course and the area of Vanjanlinna.

“It has been an honour to be part of the European Tour Properties network for more than ten years and this tournament will be recognised as a very important part of Finland’s golfing history.”

The full Senior Tour schedule will be unveiled in the coming weeks.