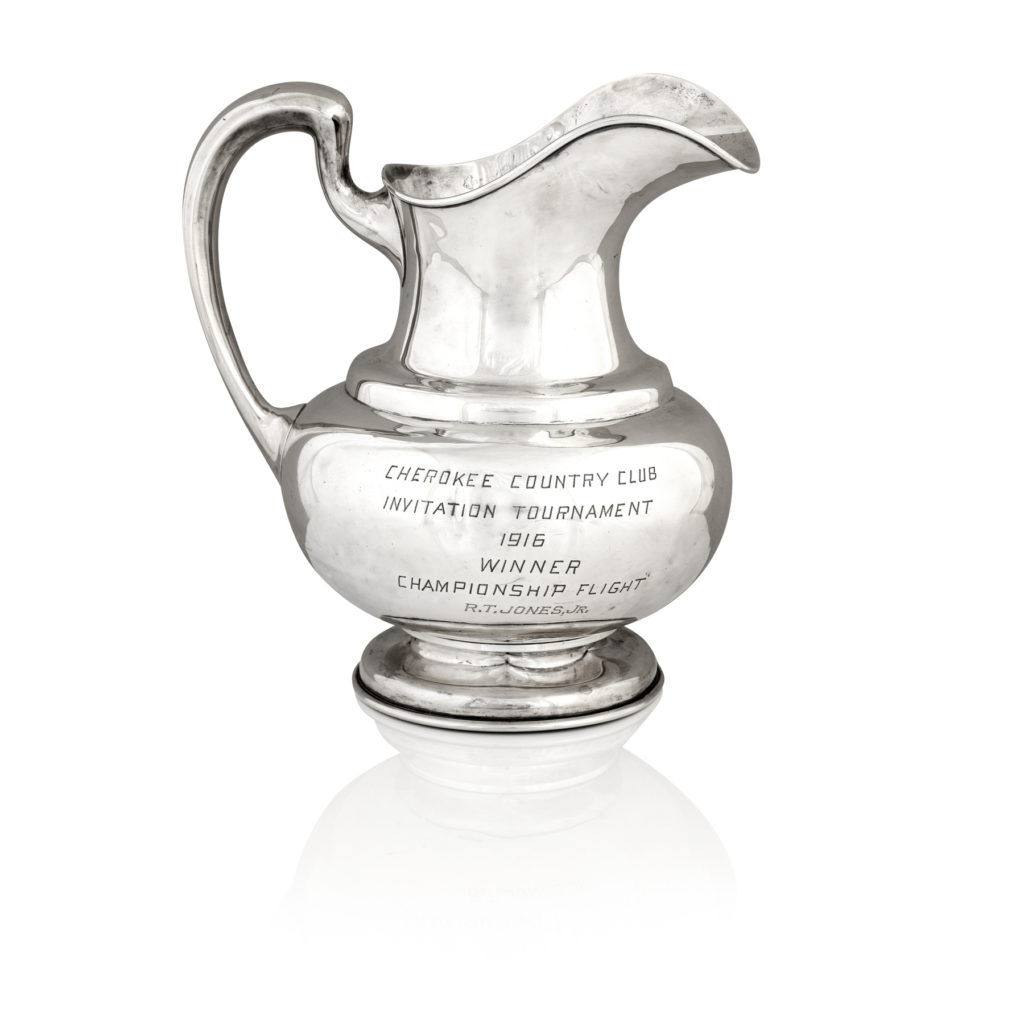 The only trophy won by golfing legend Robert ‘Bobby’ Jones still known to be in private hands, is to be offered at Bonhams next Sporting Sale in Edinburgh on Tuesday 23 May. It is estimated at £20,000-30,000.

Jones was only 14 when he entered the 128-strong field for the three-day invitational tournament hosted by Cherokee Country Club, Knoxville, Tennessee in summer 1916. Despite his age, he won the final round after just 14 holes with a five shot lead, and was awarded the trophy, inscribed to “R.T Jones Jnr.” It is believed to be one of the first prizes that Jones ever won for golf and the only known cup.

Jones retired from competitive golf in 1930 to concentrate on his law practice, but remained involved in the game as a course designer. He was also a co-founder of the Masters Tournament, now, one of the world’s major golf tournaments.

‘Bobby’ Jones had a special relationship with Scotland, and in particular with St Andrews. In 1958 he was awarded the Freedom of St Andrews, only the second American to have been accorded this honour. The previous recipient was Benjamin Franklin, one of the Founding fathers of the United States, in 1759.

Bonhams Head of Sporting Sales, Henry Baggott, said, “’Bobby’ Jones is a legend to golf enthusiasts. The records he set as an amateur player are unlikely ever to be matched. The cup is early proof of his incredible talent and it is a great privilege to be offering it for sale.”

In addition to the Bobby Jones trophy more than 30 items of golfing art and memorabilia are being offered for sale – please see on-line catalogue from lot 199 (page 75 onwards).