Until fairly recently, Vietnam was not a nation known for golf courses; unlike the rest of its neighbours, mainly Thailand and Malaysia. This changed dramatically in 2006 when the now famous Ho Chi Minh Golf Trail was launched. The Trail is a collection of championship courses which helped bring Vietnam into golf prominence. 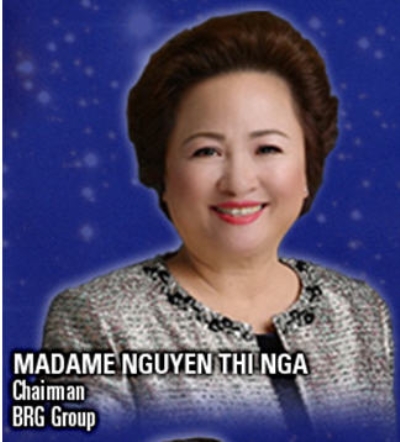 Since then, the sport of golf has grown exponentially in the country and it is estimated that there are now around 40 courses in Thailand open for play. Several more are in various stages of construction and should be coming on stream this year and next..

This dramatic growth in golf is primarily attributable the foresight and vision of a number of Vietnamese entrepreneurs – captains of Vietnam’s business world who were quick to heed the call of the government to tap into the highly lucrative golf market especially as a healthy source for foreign exchange revenue.

Among those leading this thrust is Madame Nguyen Thi Nga, widely regarded as the single largest developer and owner of golf courses in Vietnam. She is one of Vietnam’s top women entrepreneurs and her multi-billion dollar business empire includes extensive interests in banking, real estate development, hotels, tourism, automobiles and golf.

Her initiatives in golf development over the past few years are a study of a well-thought up strategy to grow the game of golf in Vietnam. It is not just about opening new golf courses but more of a holistic programme designed to develop facilities throughout the country, to expose as many Vietnamese people to the game and to provide employment to the people of the nation and to generate revenue, especially in the tourism sector through the promotion of golf tourism.

In this context, she has entered into a strategic alliance with Nicklaus Design owned by the legendary Jack Nicklaus to develop ten new golf courses in the coming years. Among the courses operated by her company, the BRG Group is the soon-to-be-launched 54-hole award winning Kings’ Island Golf Resort in Hanoi, Legend Hill Golf Resort, Ruby Tree Golf Resort and Da Nang Golf Resort.

At the 2017 Asia Pacific Golf Summit to be held in Danang on November 14-16, Madame Nga will be officially inducted into the Asia Pacific Golf Hall Of Fame, the first woman to be bestowed with this most prestigious award. She is also amongst the top 15 most powerful people in the business of golf in Asia.

The Socialist Republic of Vietnam has transformed itself into one of Asia’s most vibrant and dynamic economies. Since 2000, this nation has been growing at an average GDP Annual Growth of 6.45 percent. At the forefront of this exponential growth is nationally acclaimed Hero of Labour, successful entrepreneur, industrialist, builder, philanthropist and avid golfer, Mr. Le Van Kiem. 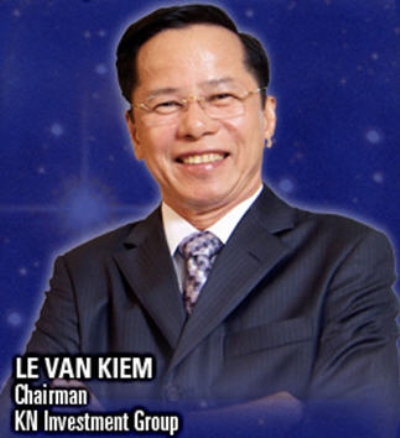 He is a highly competitive and skilled golfer and represented Vietnam in golf at the age of 54 in the 19th Southeast Asian Games in Brunei. He was once ranked amongst the top two golfers in the country with a 2-handicap. His competitive spirit in sport has been recognized by the State and has been appointed as the Deputy-Chairman of the Vietnam Olympic Committee.

Mr. Kiem is the owner of three excellent award-winning golf courses in Vietnam and in neighbouring Laos. His latest venture is a 27-hole links golf course in Cam Rahn Bay designed by Golf’s Hall of Fame super-star Greg Norman.

The Cam Rahn Links course, the only true all links course in Asia, is part of a mega 800-hectare resort site with 5km of spectacular ocean frontage. The multi-billion dollar resort, when fully completed, will feature multiple 4, 5 and 6-star hotels, a world class entertainment zone, upscale marina, a polo club, theme park, luxury villas and many more attractions.

On his philanthropy, Mr. Kiem has given away more than US$40 million to charity and he has pledged US$5 million to the Bill and Melinda Gates Foundation to establish the Vietnam Health Fund. Mr. Kiem has also pledged to donate US$1 million annually to The Gates Foundation and his guiding philosophy in philanthropy is based on the following credo: “You have not lived today until you have done something for someone who can never repay you.”

For his outstanding contributions to golf in Vietnam and for the leadership role that he has played in pioneering the game throughout the Indo-China region, Mr. Kiem will be honoured with the Asia Pacific Golf Pioneer Award, the first to be presented with special award.

Mr. Kiem was inducted into the Asia Pacific Golf Hall of Fame in 2015 and he is also featured amongst the top 15 most powerful people in the business of golf in Asia.