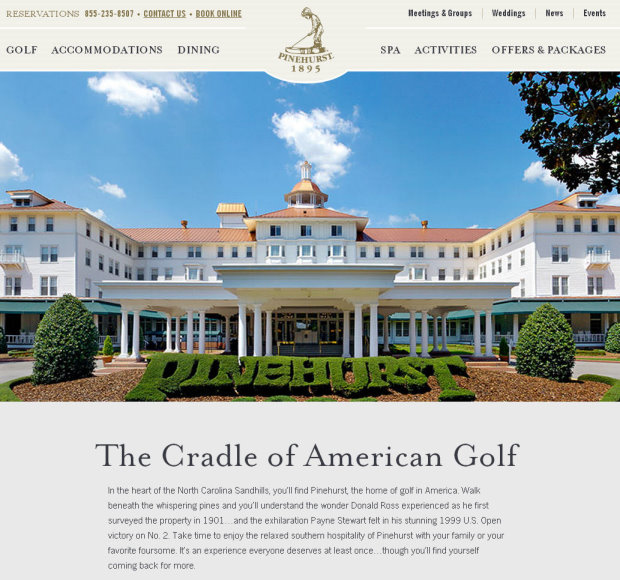 The United States Golf Association today announced that 25 additional golfers, including 2000 U.S. Open runner-up Miguel Angel Jimenez, have earned full exemptions into the 2014 U.S. Open Championship, to be played June 12-15 at Pinehurst Resort & Country Club’s Course No. 2, in the Village of Pinehurst, N.C. These exemptions bring the number of fully exempt players to 75.

All 25 exemptions were awarded to players who earned a place in the top 60 of the Official World Golf Ranking as of May 26. Jimenez, who tied for second with Ernie Els, 15 strokes behind Tiger Woods in the 2000 U.S. Open at PebbleBeach (Calif.) Golf Links, is ranked No. 27. He has played in 12 previous U.S. Opens and has two top 10s, including a tie for sixth in the 2008 U.S. Open, also won by Woods, at Torrey Pines Golf Course in San Diego.

Todd moved up six positions in the Official World Golf Ranking to No. 57 by tying for fifth in the PGA Tour’s Crowne Plaza Invitational at Colonial, which ended May 25. Larrazabal climbed seven spots to No. 59 in the OWGR after tying for seventh in the European Tour’s BMW PGA Championship last weekend. The number of fully exempt golfers may increase with the inclusion of the top 60 players from the OWGR as of Monday, June 9.

The first two sectional qualifiers for the 2014 U.S. Open were held May 26, in Japan, where six spots in the 156-player field were determined, and in Surrey, England, where 14 players qualified. Those 20 players are in addition to the 75 fully exempt players listed below.

Sectional qualifying in the United States, at 36 holes, will take place at 10 sites on Monday, 2nd June.

Pinehurst Resort & Country Club’s Course No. 2 is hosting the U.S. Open and U.S. Women’s Open in back-to-back weeks in June, the first time the championships will be held in consecutive weeks on the same course. The U.S. Open was previously held at Pinehurst No. 2 in 1999 (won by Payne Stewart) and 2005 (won by Michael Campbell).