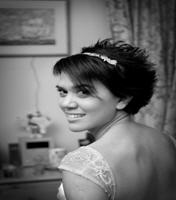 Charities received more than £17,000 from the sixth annual Swing for Sammy golf day at Muswell Hill Golf Club in north London last summer, boosting the total raised by the event since it began in 2008 to over £92,500.

The day is staged in memory and honour of Samantha Trow (nee St John), a teacher at Brooklands primary school in nearby East Finchley, who died, aged 26, of bowel cancer in February 2008. Once again, the principal beneficiary was Cancer Research UK (almost £12,000), but donations were also made to St Mark’s Hospital Foundation in Northwick Park (£2,250), the Royal Marsden Hospital (£1,000), Hospice in the Weald near Tunbridge Wells (£500), North London Hospice (£500) and Parkinsons UK (£1,000).

International trick-shot specialist Jeremy Dale was, as usual, the star attraction, hitting balls left-handed off a 3ft-high tee almost onto the green on the par-4 10th hole throughout the day and then laying on one of his popular shows in front of the clubhouse once play had finished.

Co-organiser Ben Trow, Sam’s husband, said: “This is a fantastic result, yet again, for a small suburban golf club. We raised more than £75,000 from the first five years of Swing for Sammy and to keep up with that rate during a time of recession is absolutely exceptional. Everyone involved, especially the members and friends of Muswell Hill GC, should be extremely proud of themselves. Many thanks are also due to all our backers – from the golf industry, from local businesses, numerous golf clubs, both local and farther afield, and many private individuals. This proves that where the battle against cancer is concerned, we really are all in it together.”

The seventh Swing for Sammy will take place at Muswell Hill again on July 4, 2013. All donations (see www.justgiving.com/bentrow) and offers of prizes and/or auction items will be gratefully accepted. For more information, email ptrow76780@aol.com or call 07973-862747.