Honour for ‘The Father of Golf in China’ 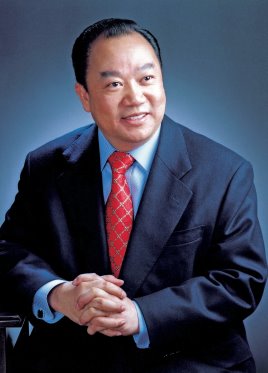 KPMG will present Dr David Chu, founder of the Mission Hills Group in China (www.missionhillschina.com ) and a significant contributor to the business of sport, with the Lifetime Achievement Award at the eighth annual Golf Business Forum at The Park Hyatt Dubai, 17-19 April 2011.

It was in 1993 that Dr Chu set out to create the world’s largest golf facility, the Mission Hills Golf Club, in a country with only 25 years of golf history but with an enormous opportunity for development.

Today, Mission Hills has been established as one of the world’s leading golf facilities, featuring 12 courses designed by some of the greatest golfers and golf course architects, including Greg Norman, Sir Nick Faldo, Annika Sorenstam, Jack Nicklaus and Pete Dye.

Dr Chu, often referred to as ‘The Father of Golf in China’, has started to develop another world-class golf resort in Hainan in 2007 featuring 10 world-class courses over a volcanic terrain.

In just over a decade, Dr Chu has also introduced more than 100 golf tournaments and events to China. As early as 1995, Dr Chu introduced the 41st World Cup of Golf to China, which was the very first golf tournament staged and televised in the country.

Andrea Sartori, head of KPMG’s specialist Golf Advisory Practice in EMA, said: “Dr David Chu is a true global ambassador for the game of golf. He has been the driving force behind bringing the Chinese sports industry to the world stage, not only with golf, but also making significant contributions to the successful bid for the 2008 Beijing Olympic Games. It is right we recognize Dr Chu, who continues to explore new golf horizons and champions the development and growth of the game throughout the world.”

The upcoming KPMG Golf Business Forum, firmly established as the leading golf business event in Europe, the Middle East and Africa, will feature an engaging, dynamic agenda and format with interactive discussions, one-on-one interviews, fast-paced debates and presentations from key industry leaders on a variety of important topics.

Preparations for the opening of the much-anticipated Dunas Course at Terras da Comporta next summer are moving into top gear with the new Portuguese golf destination investing €1.5m in the latest state-of-the-art greenkeeping equipment.