George O’Grady to take the role of European Tour Ambassador 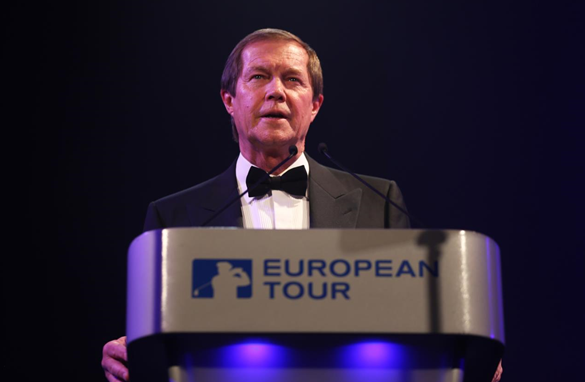 The European Tour is pleased to announce that George O’Grady CBE, who served as Chief Executive from January 2005 until August 2015 and from then until now as President of International Relations, is to take up the role of European Tour Ambassador with immediate effect.

The move will continue O’Grady’s association with the European Tour, which began in 1974 when he joined as a Tournament Administrator after a spell in the City of London. It also continues the recent restructuring programme initiated by Chairman David Williams and the Board of Directors.

Central to that programme has been the desire to utilise the experience of people within the game to promote the European Tour globally in the Ambassador role and O’Grady will join Angel Gallardo in the position – the Spaniard having accepted the honour in December following the announcement he was stepping down as Vice Chairman of the Board of Directors.

David Williams said: “I am pleased that George will become a European Tour Ambassador and that we will have the opportunity to continue working together. Relationships are important to us and, as an Ambassador, George will be able to help the Tour as it develops its global footprint.”

George O’Grady said: “I am delighted to accept the role of European Tour Ambassador and thus maintain my long association with the Tour. I am confident that any new additional roles I accept will be of great benefit to the Tour and will assist the current strategies that see the Tour so well positioned at this exciting time for the future.”

O’Grady, 67, became only the third Chief Executive in The European Tour’s history on January 1, 2005, succeeding the late John Jacobs OBE, who supervised the Tour’s formative years from 1971 to 1974 and Ken Schofield CBE, who took over the reins on January 1, 1975. He stepped aside in August 2015 when Keith Pelley took over the position.

The 2017 season sees O’Grady undertake his 43rd year with the European Tour and during that time he has been instrumental in many areas of its development.

In 1984 he launched the development of the Tour’s commercial arm with the formation of European Tour Enterprises, of which he was appointed Managing Director. Together with Ken Schofield he developed the Tour’s non-network television policy in 1987 in a joint venture with Trans World International (TWI). This policy became formalised with the creation, in 1991, of European Tour Productions, the Tour’s television arm.

In his decade as Chief Executive, he led a number of initiatives including the implementation of The Race to Dubai and the Final Series, overseeing the significant growth of The Ryder Cup, securing TV and sponsorship agreements and instigating strong relationships with golfing bodies and fellow Tours across the globe.

After stepping aside as Chief Executive in August 2015, he assumed the President of International Relations role, where his prime focus was helping the successful delivery of golf back into the Olympic Games in Rio de Janeiro for the first time since 1904.

Last month he was also named as the Honorary President of the PGAs of Europe, taking over from Frenchman Pierre Bechmann – the former captain of the R&A – at the Association’s AGM.

The European Tour has confirmed the postponement of the Dubai Duty Free Irish Open due to the continuing threat posed by the spread of Coronavirus.

With 1,274 participants, American Golf’s Battle of the Brands has claim to be the UK’s biggest ever driver test, and with the data now collated giving a unique snapshot into the nation’s driving habits.

Launch monitor and simulator brand Foresight Sports Europe has released a new range of ready-to-go simulators to help keep stay-at-home golfers occupied during the Coronavirus lockdown and beyond.