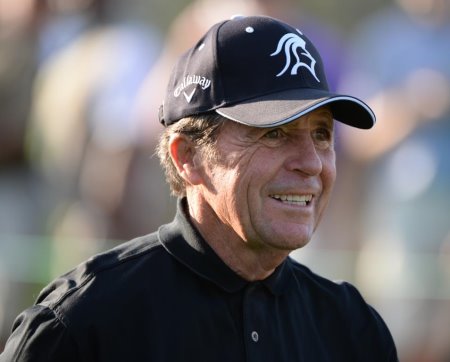 Today (1 November 2013) will be a double birthday celebration for South African golf icon Gary Player as he not only turns 78, but also celebrates his 60th anniversary as a professional golfer in 2013.

Winner of 9 Majors, 9 Senior Majors, 165 tournaments worldwide, and a Grand Slam champion at the age of 29, Player will celebrate his birthday by adding to his over 25 million kilometres travelled and flying to China where he will help to raise money for AIDS orphans through the Gary Player Invitational presented by Coca-Cola in Shanghai.

“I’ve always said that I felt my talent was on loan to me from God and that I must do the best with what I had been given,” said Player. “Similarly, we are loaned only so much time in our lives and it is up to us to use this time as best we can. I can think of no better way to do this than in service to my fellow man.”

The Black Knight, who continues to demonstrate that age is just a number, regularly breaks his age on the golf course. Owner of the professional career that ranks as one of the finest in the history of golf, Player fondly recalls the journey he has taken over the past 60 years.

“I’ll never forget playing in my first Open Championship in St Andrews in 1955. My golf club in South Africa had to take up a collection to fund my ticket to Britain. I took the train from London to St Andrews, and I remember climbing off at Leuchars Station. I just stood there for a moment. It was like the realisation had finally dawned on me. I was here, at the home of golf, to play the greatest and oldest of the Majors.”

“I’ve had a wonderful career, and I’m blessed to still be having a wonderful life,” reflects Player. “When I played my last competitive Major, I walked away with no regrets. When you’ve feasted at a table for as long as I have, you can have no regrets.”

Still as driven and focused as ever, Player is now concentrating his efforts on the charitable activities of The Player Foundation, which is celebrating its 30th anniversary of raising money to support underprivileged children. When he is not helping to create a brighter future for those in need, Player makes a point to spread his passion for health and wellness  by educating young people around the world about fitness, healthy living and good lifestyle choices.

“Focusing on fitness and my health early on in my career has allowed me to still be going strong at the age of 78. I am fit, I am healthy, and as long as I remain so, I will continue to travel and educate as many young people as I can.”