A Business of Golf Discussion: Innovation or Stagnation?

John Cockayne, the host of our Business of Golf Discussion Series, introduces the topic: Looking for new revenue streams in golf.

‘If it isn’t broken don’t fix it’ has very definite relevance in certain areas of business, especially when many product, IT or service process related changes seem, at least to an outsider, to be driven by a passing fad, change in management personnel, or company ownership rather than from any material need for the change.

Golf is seen to be a game that is steeped in tradition and this, it is often argued, justifies many clubs’ resistance to change and a desire to protect and retain their traditional values.

I recently read a job advert, in which the supporting details referred to the club’s need to find a general manager who would be able to ‘manage the club efficiently and maintain the traditional values of a members’ only club’.

So – what is meant in this context by ‘efficiently’ and what are the ‘traditional values’ that we as golfers seem so keen to cherish and protect?

As to the first; a process designed to achieve maximum productivity with the minimum wasted effort or expense would be a fair summary and certainly something that any club would want to see from its management team

The second is a little nebulous and one general interpretation might be; “‘beliefs, moral codes, and customs that are passed down from generation to generation within a culture, a subculture, or a community”.

Subcultures often adhere to tenets at variance to those of the main group in which they exist, not something golf might be comfortable with, but golfers certainly like to think of themselves as being part of a community, so this description would seem, on face value, to be a reasonable fit.

During my time at the grass-face as a club professional, I have worked at and also visited many clubs, both in the UK and Africa and it was common practice at many clubs in South Africa not to allow women members to play on Saturday, or limit them to the use of morning tee off times.

This it was argued was due to the fact that men worked all week and so Saturday was the only day they could play.

Even when it was pointed out that the World had changed and that many were working women, most of whom of course handled two jobs i.e. the nine to five office regimen and then the rest of the waking hours running the family, and that they would be willing to pay the men’s memberships subs rate, the clubs remained unmoved.

So given the often anachronistic views on women golfers, the question needs to be asked whether these are the type of beliefs and codes which we need, or indeed should want to retain as a sporting community?

At a time when golf clubs are under increasing pressure to find new ways of generating revenues and when member acquisition and retention have become paramount, the game’s failure to embrace and or demonstrate real success in attracting more women, and in the case of South Africa, more people of colour to golf is a problem for the game itself.

This is especially so in Africa, where ‘people of colour’ are likely to offer the only base, if the benchmark is linked to population numbers, off which the game can hope to grow player numbers in real terms.

However, the problems in revenues’ growth seem to be linked to more than just racial, or gender-based demographics.

So, the question then arises as to whether these problems are actually golf’s failure, or are there other factors as to why the game’s popularity and revenues appear to be founded on such a narrow base?

That said it would then seem that three key questions need to be asked:

In their seminal study Jerry Porras and Jim Collins (authors of the book Built to Last) researched the core attributes of what they referred to as ‘visionary companies’ and what solid business practices, as opposed to trendy initiatives and current buzzwords like empowerment and shared values, had made these businesses enduring,

The findings were interesting and completely reversed the authors’ original beliefs and the following are some of the key elements reduced to phrases:

If we use this list as a template, it poses a number of questions that need to be addressed if golf wants to really think of itself as a business, which it should and must if its goal is stand the test of time and not decline into a marginal sport.

To use a golf analogy and in playing the game, you can have the best technique in the world, but if you do not set up square to your target line you will never achieve the results commensurate with your swing technique

The correct alignment in business terms is of equal importance which opens up the following area of discussion: and how can we hope to inject a more business-like culture into the running of golf clubs?

For many years and while the golf industry enjoyed the really ‘good times’, through the growth the game experienced from the 1960s to the end of the 1990s, the industry trained its management and professionals to possess skill sets which were very largely custodial.

This was perfectly acceptable in more buoyant times and when there was a consistent growth in player numbers and revenues and there were waiting lists to join clubs.

However as the market turned and many clubs struggled to stay in the black, a much more entrepreneurial and innovative approach was needed in conjunction with and to complement the custodial type of general management skills. 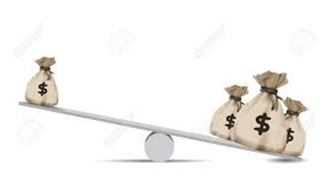 Pre-World War 1 and post-World War 2, a balance largely prevailed in which, in most cases, a club’s income exceeded its expenditure.

Post the boom period for golf, from the late 1950s into the early 1970s, this balance remained pretty much the status quo.

The ‘Great Inflation’ largely defined by the surge in oil prices, the turbulent 1980s and the Augusta Effect on members’ expectations on their course’s conditioning, saw declining revenues from the traditional area of members’ subscriptions and green fees’ income which failed in many cases to keep pace with spiralling costs. 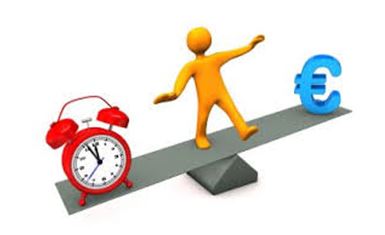 The warning signs with increasing pressure from rising costs bearing down on revenues were there and it should not have been any real surprise when the green fees and subs only revenues’ model eventually turned Turtle and for too many clubs the downward spiral and sinking feeling has continued unchecked. 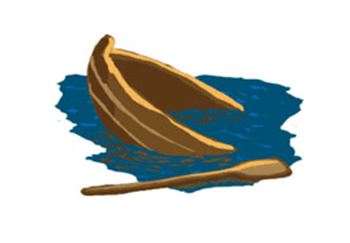 To effect the required changes it will undoubtedly take a mix of good common business sense mixed with innovation, flair, creativity and entrepreneurship. However the latter group are rather like muscles – if you don’t exercise them they wither!

In any service or hospitality industry and this is largely what golf is, ‘service’ is an absolute priority and is ultimately the key differentiator between competing hospitality related businesses.

A consistent hallmark of great service is that it is proactive and anticipatory in being able to understand the guests’ needs – almost before they do.

Some years ago during a discussion over dinner, with the then manager of the Royal Palm hotel in Mauritius, we were ‘talking’ travel and I mentioned that I had spent over 1500 bed nights in five star hotels all over the world – and all of which, but for couple of nights, had been at my own expense.

The GM was intrigued and when we examined which units, the list included iconic establishments such as the Negresco in Nice, One & Only Palm Jumeirah in Dubai, the Mount Nelson in Cape Town, the Hotel de Paris in Monaco, Villa d’Este on Lake Como, etc.

The manager admitted that he had not experienced, either in the trade or as a guest, a fraction of the hotels that I had.

This is part sums up how the hotel industry has lost its way. First there are virtually no hoteliers left who have a real feel for how a hotel functions and the critical interface between the guests, the facility, its staff and the services.

Most hotels now seem to be run by accountants, which probably explains why the GM remains largely invisible.

In service terms, the gap between a customer’s expectations and the staff’s ability to relate to these expectations in my experience had been widening rapidly year on year.

If you doubt this then ask yourself how often have you walked into the foyer of an upmarket and expensive five star hotel, only to be greeted at reception by someone who has never stayed in more than a 4 star hotel on a three night educational, as part of their hospitality training?

And yet armed with these flimsy levels of training, they are now expected to anticipate and understand exactly what your needs and expectations are going to be.

The same challenges exist in golf.

At golf clubs, golf estates and golf resorts and to be effective, a top line manager at such a facility must be well groomed, articulate and highly professional.

He or she will preferably have worked at similar establishments extensively before and ideally have lived in a similar environment in order to feel comfortable with the residents and members and, without compromising the nature of the relationship between management, members and residents, have comfortable affinity with them and their needs and expectations.

At many golf facilities this ‘divide’ can be a real issue and the gap a seemingly unbridgeable one.

So the core question with this discussion will be – how to right the ship?

This will involve an exploration of two key underlying themes:

I am very pleased that two very experienced and respected venue managers have agreed to join me in this discussion.

I shall first be joined by Stuart Gillett, the GM of Golf At Goodwood in the UK, which facility needs little further introduction from me.

Then the discussion will be taken up by Francois Schoeman who is the COO of the GEMS Property Management Company in South Africa. The company manages an extensive and diverse property portfolio, including assets at three of the country’s top golf estates.

John Cockayne, the host of our Business of Golf Discussion Series, is the originator of the series’ content and has had an eclectic career in golf.

He is a Founder and Life member of the PGA of South Africa and is no stranger to working inside the ropes having held operational roles as a head professional, director of golf, club manager, coaching director and as a tournament official on the Sunshine Circuit.

John is also a very experienced event manager, has had extensive marketing experience, worked as a project consultant on three continents and has developed and run a travel agency and two tour operator businesses.

This background has resulted in his being the first point of contact for ARC’s (Association of Residential Communities) 50 plus member golf estates in the Southern Africa region.

John’s business experience in tandem with his writing skills – he has written for numerous publications and is currently the golf editor with or a contributor to Destination Golf Travel, GolfVistaSA, Estate Living magazine and GolfWeather.com – makes him perfectly placed to identify the right story and host the appropriate industry professional to help to cover the topic.

CEO: The Business of Golf…….Putting Together the Pieces.