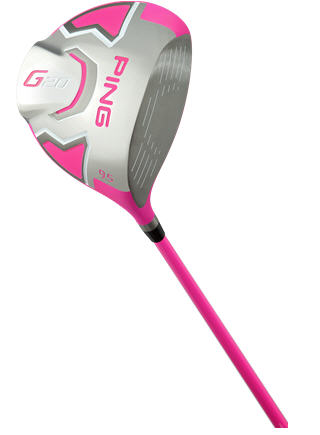 PING has announced that it will sell 5,000 limited-edition all-pink PING® G20™ drivers, inspired by the one used by Masters Champion Bubba Watson, and donate 5% of the proceeds to its fundraising campaign, “Bubba Long in Pink. Driven by PING.”

The bright-pink G20 drivers will be available in golf shops nationwide approximately 1 June. The UK RRP for the limited edition pink G20 driver is £339, more than the standard G20 Driver.

As part of PING’s campaign, the company made a $10,000 upfront donation and gives $300 for every drive Watson hits 300 yards or farther (up to 300 drives). To date, $61,600 has been generated. All funds raised will go to Phoenix-area charities, chosen by PING with Bubba’s support. Its effort is part of the “Bubba & Friends Drive to a Million” initiative launched by Watson in January to raise $1 million for charities this year.

“Bubba is already approaching the target of 300 drives of 300 yards or longer, and we wanted a way to provide on-going support for his generous cause,” said John A. Solheim, PING Chairman & CEO. “Even prior to his win at The Masters, golfers were requesting pink G20s.Through word of mouth, social media, and phone calls, the interest was extremely high. We want to satisfy that demand while bringing even more visibility to Bubba’s goal of raising $1 million.

“Golfers who own a pink G20 will be excited to have this prized possession. They’ll not only enjoy the improved performance of the G20, they’ll be participating in a wonderful cause.”

The drivers will have a bright pink shaft and clubhead featuring the same technology that has earned the G20 high marks for its performance from golfers of all abilities. The pink G20s are offered in 9.5º, 10.5º, and 12º lofts for right-handed players; 10.5º for left-handed. There is also a version geared for women with 12º loft and a Ladies flex shaft. All come with a matching pink headcover and a power-promoting high-balance-point TFC 169D shaft labelled, “Bubba Long in Pink. Driven by PING. Limited Edition 2012.” It is available in R, S, and L flexes.