Mizuno has announced the launch of its new ST200 Series of metal woods which go on sale next month.

The ST200 series of drivers and fairway woods has been created through a collaboration between Mizuno’s Japanese and US R&D teams – the first in the brand’s history of wood design – to capitalise on the momentum achieved through the ST190 Series.

“Combining our US and Japan Tour metal wood development is a natural evolution for Mizuno in 2020,” said Chris Voshall from Mizuno. “We can now combine Japan’s exotic materials and craftsman’s eye for playing profiles with our expertise of working with modern tour players like Keith Mitchell.”

The new ST200 has enjoyed fast adoption by contracted and uncontracted Tour players. After some early testing at the ZOZO Championship in Japan in November, the first ST200 driver went into play at Sea Island for the PGA Tour’s RSM Classic by an uncontracted player. While JLPGA Tour Player Erica Hara was the first to put the ST200X in her bag for tournament play at the Daio Paper Elleair Ladies in Matsuyama, Ehime, Japan.

The ST200 Series offers a choice of three different head designs in the driver, each with a Beta rich Titanium face and each offering a different ball flight. 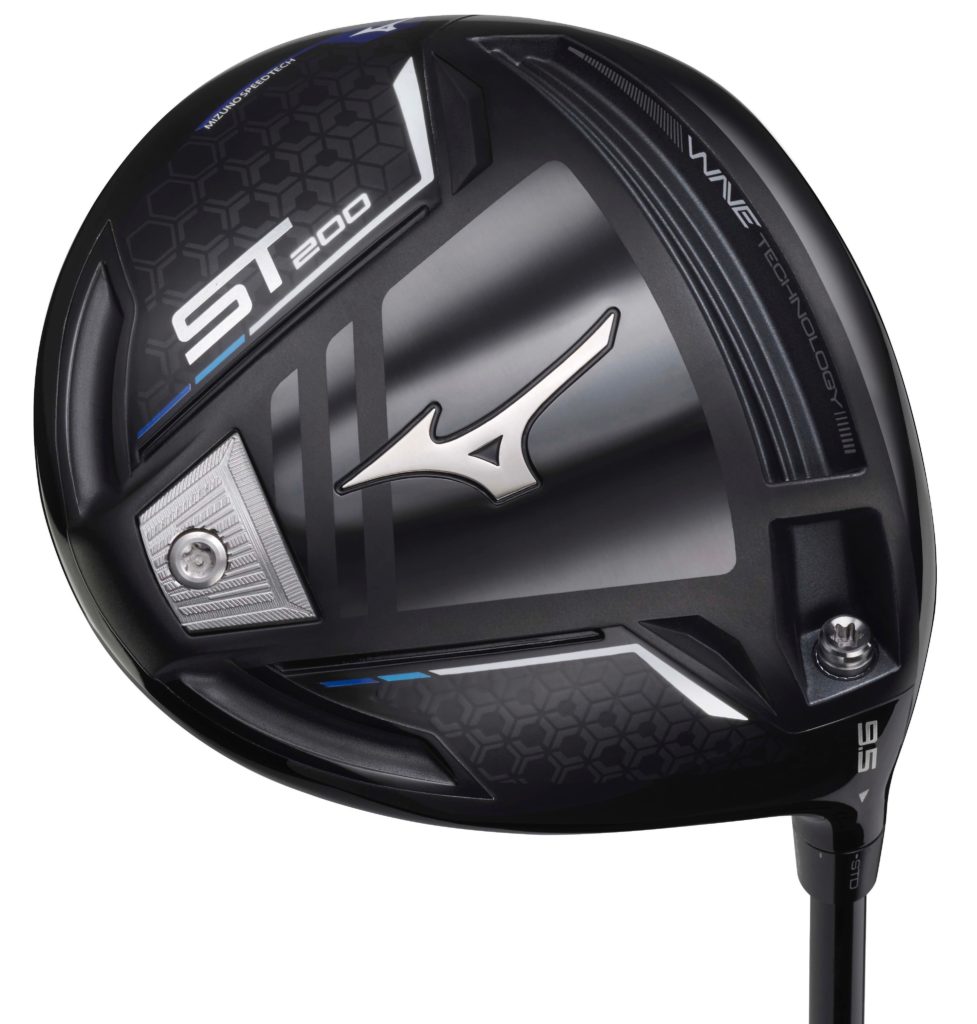 Delivering both low spin and significant forgiveness, the ST200 is a high-stability driver for players seeking straight line distance and predictability. Built around a resilient Beta-rich forged titanium face that precisely reaches current tournament regulations and maintains its characteristics over time, the driver is sound engineered for enhanced feedback and control.

The head shape of the ST200 has been refined in response to special tour requests, resulting in a flatter crown and slightly flatter lie angle that will appeal to better players. Meanwhile, a collection of structural refinements help deliver a more solid sound at impact.

“The ST200 has some clever engineering tweaks that allow it to be both forgiving and low spinning at the same time – the holy grail of tour drivers. It’s incredibly predictable for a driver this long,” said  Voshall.

The ST200G has been designed for high swing speed efficiency. It’s even faster from the clubface than its predecessor, more reliable on miss-hits, and offers spin rates adjustable from mid to ultra-low. It shares many of the same features and benefits as the ST200 in terms of a 17% stronger SAT Beta 2041 Ti face, a tour-preferred shape and pure sound at impact, but has also been engineered for ultimate adjustability via the intuitive Fast Track system. Twin 7g weights on longer external tracks offers even more effective weight movement, allowing mid/low to ultra-low spin positions. 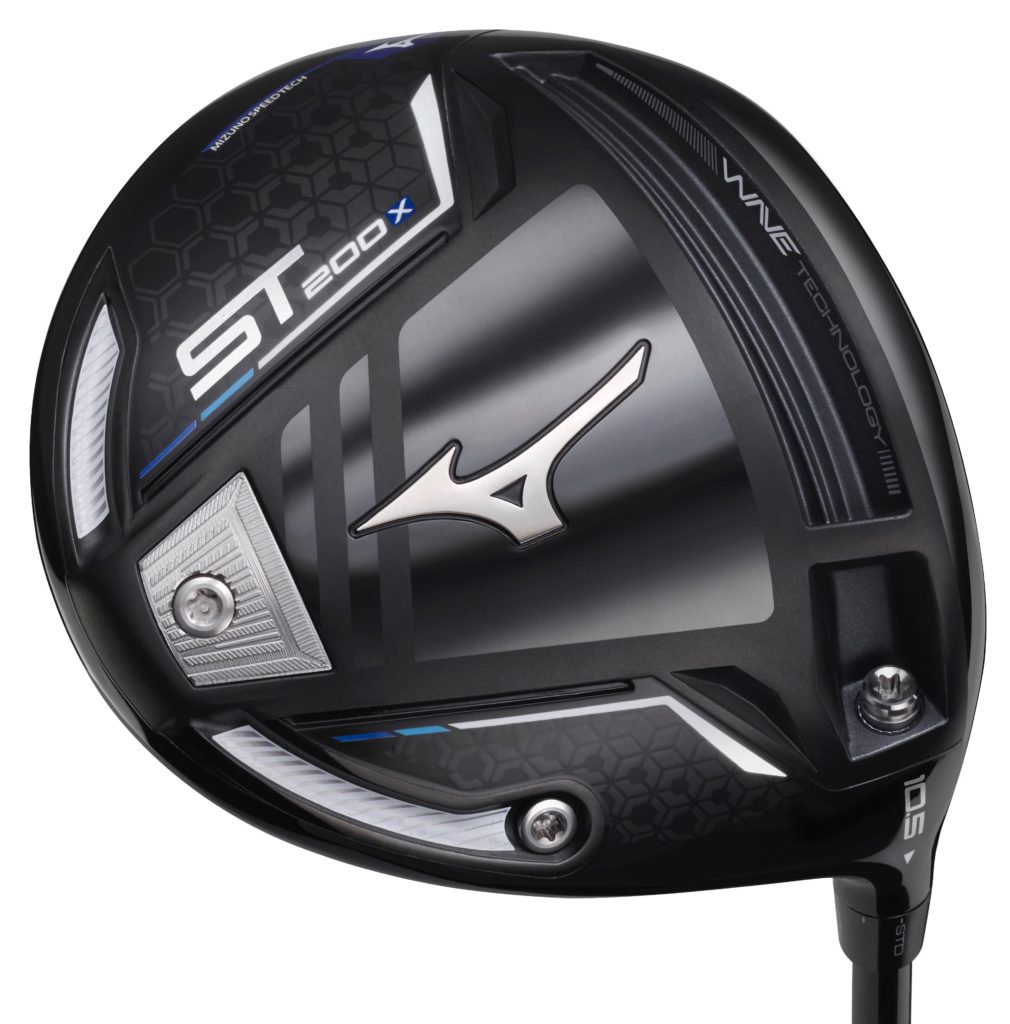 The head has its own unique shape, additional heel weight and upright lie angle, all working together to encourage a distance-enhancing, high draw flight. It also offers increased ball speeds thanks to Mizuno’s new multi-thickness Beta rich forged Titanium face, which is 17% stronger compared to the traditional 6-4Ti.

Like the ST200 and ST200G drivers, the ST200X is loft adjustable by 4 degrees with additional upright and flatter settings. Weight savings from a compacted Wave Sole and variable thickness graphite crown allow weight to be pushed low and deep for low spin, stability and forgiveness.

“The ST200X is a totally new metal wood option for the west – overall more of a traditional Japanese specification,” said Voshall. “It’s just as forgiving as the standard ST200 – but will suit players who lose distance through a consistent fade or a launch too low for their ball speed. To get the very most out of the head design, we’d recommend that the ST200X is matched with the Japan spec Fusion 39g graphite shaft.”

The new face design helps generate greater energy transfer and faster ball speeds from across the clubface. Weight saved from a compacted Wave Sole and variable-thickness graphite crown has been relocated low and deep to maximise stability without adding spin. A softer leading edge and hosel transition deliver a tour-ready look and a confidence-inspiring profile, while wet weather score lines help to maintain adequate spin and ball flight in damp or wet conditions.

“By utilizing stronger maraging steel, we have achieved our thinnest ever multi-thickness CORTECH face, which now approaches COR values that are normally reserved for drivers,” said David Llewellyn – Director of R&D at Mizuno. 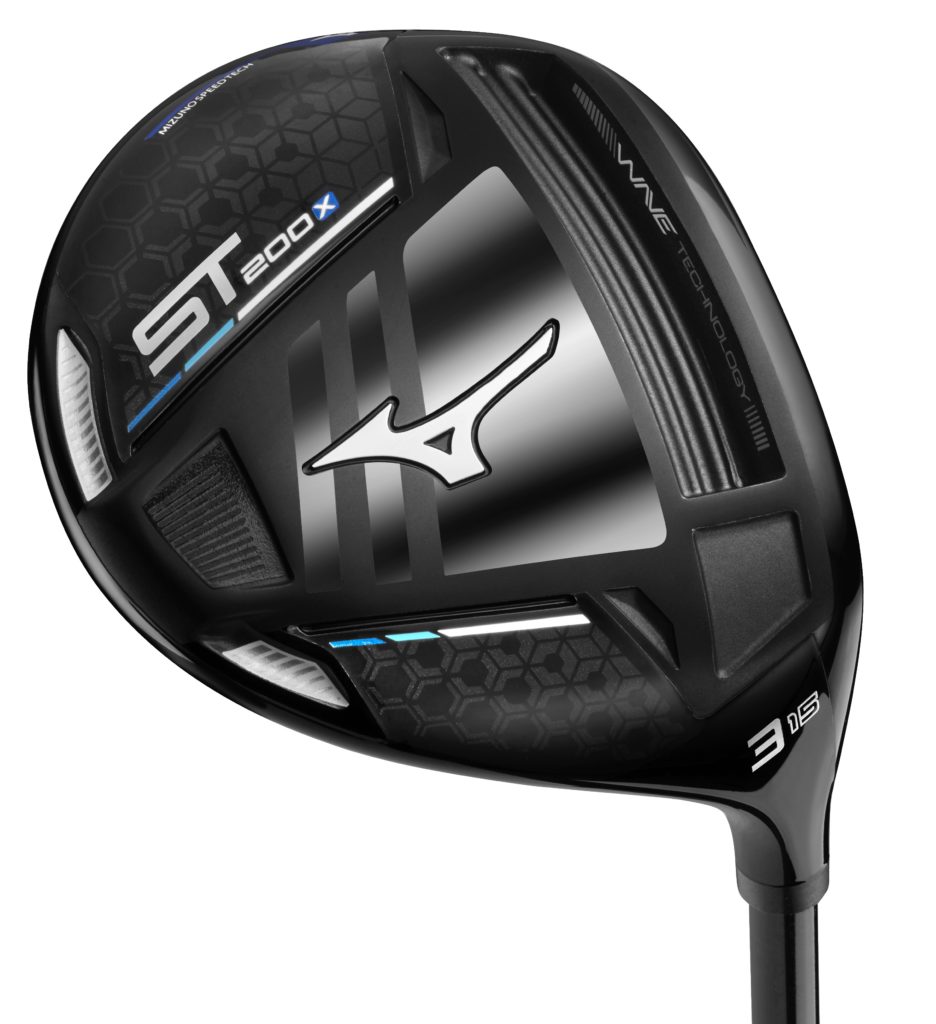 Like theST200X driver, theST200X fairway woodshave been designed for those with mid and lower swing speeds. A larger footprint fairway wood with an extremely lightweight design to encourage a higher flight and draw bias, the ST200X is designed to work best with Mizuno’s MFUSION shaft. With its own unique shape, larger clubface and wider body with more heel mass – all working together to encourage a distance-enhancing, high draw ball flight.

The 3-wood boasts a full Ti driver-type construction with a high ball speed Beta rich Ti face. While the 5- and 7 wood both use a steel chassis with multi-thickness maraging face. As with the ST200 fairways, the ST200X offer weight savings from a compacted Wave Sole and variable-thickness graphite crown plus wet weather score lines to maintain spin and ball flight in wet conditions.

“It’s really interesting to max out a larger 3-wood with a full titanium chassis and Beta Ti forged face. Alongside the MFUSION shaft, this is a great high-launch, draw-biased option for players with more moderate swing speeds,” commented Llewellyn.

ST200 woods will be available at retail from February. golf.mizunoeurope.com.