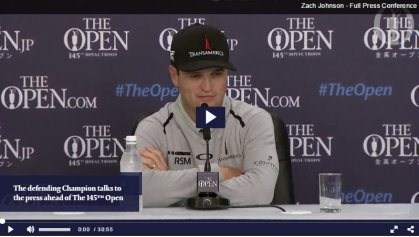 The R&A state that The 145th Open at Royal Troon will offer the most comprehensive television and digital coverage in the Championship’s history. There are now more ways to watch and listen to The Open across a wide variety of digital, radio and television channels.

The opening tee shot will be broadcast live on television for the first time as part of Sky Sports’ coverage when Colin Montgomerie gets The Open under way at 6:35am on Thursday. Sky Sports will feature extended round-the-clock programming on the dedicated ‘Sky Sports The Open’ channel with coverage running until 9pm for the first two rounds and 12-hour sessions of live programming over the weekend, supplemented with extended highlights and Open documentaries and features.

On Thursday 14 July, fans in the UK and Ireland can watch the opening round of The Open without a Sky subscription using a Sky Sports Day Pass, offered free of charge through NOW TV. Spectators can tune in on over 60 different devices including computers, tablets and mobile devices by visiting www.nowtv.com/freepass (but not before 00.01 on Thursday). Daily and weekly NOW TV passes are also available for only £6.99 and £10.99 respectively.

Each evening of the Championship, BBC TV will broadcast a two hour prime-time highlights programme presented by Hazel Irvine featuring the best moments from The Open as the world’s best players compete to become Champion Golfer of the Year.

On radio, BBC Radio 5 live and @TheOpenRadio, available on TheOpen.com and in the official Open App, will provide comprehensive coverage of the Championship.

Live golf coverage will be available across all four days on TheOpen.com through a dedicated Feature Group channel and Three Hole channel showing all the action from the 6th, 7th, and famous Postage Stamp 8th hole.

Golf fans will also be able to access rich content features on TheOpen.com, such as live scoring, the best Open news and social media content, and a player locator to track their favourite players as they make their way around Royal Troon. The official Open App will provide live and on-demand video content.

Martin Slumbers, Chief Executive of The R&A, said, “The way people consume sporting events is changing and it is very important that we deliver The Open to people on every device in the way they want to consume it.  We are excited about the array of options that are available for fans of all ages to watch The Open this year and our aim is to give them an outstanding viewing experience.

“For the first time, The R&A has taken control of its television production and invested millions of pounds in innovation that we believe will revolutionise the viewing experience of The Open.”

Two wire cameras on the famous Postage Stamp and the Practice Range will provide never-before-seen views of the Championship while bunker cams situated in the venue’s most testing hazards will provide front-row viewing of the challenge of The Open.  Protracer technology combined with split screen viewing will bring The Open to life for viewers all over the world.

Spectators attending The Open at Royal Troon will be able connect to Wi-Fi across the entire course, ensuring they can follow the live video coverage of the Championship on The Open App on their smartphones and tablets.