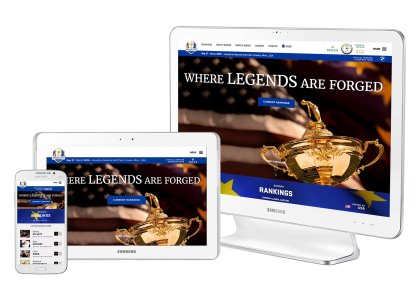 Turner Sports in partnership with the PGA of America and Ryder Cup Europe have launched a newly designed RyderCup.com this week.

The site has transitioned into a year-round destination featuring a new look-and-feel, simplified navigation and expanded content offering so fans can embrace the history and legacy of the world’s premier international golf event.

The new RyderCup.com will keep fans abreast of pre-event coverage, the points race and team selections leading up to coverage of The 2016 Ryder Cup (Monday September 26 – Sunday October 2).

The site has launched with five-phases of coverage of the event:

With the points race nearing an exciting conclusion over the coming months, Ryder Cup Europe are running a number of initiatives as the eyes of the golfing world turn towards Hazeltine in the autumn: