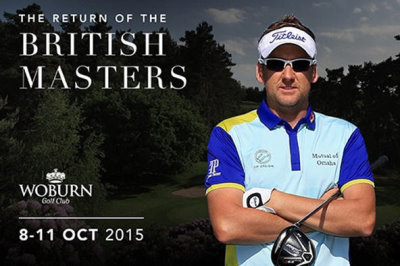 New and existing golf fans can watch some of the world’s top golfers for FREE this October when the British Masters supported by Sky Sports takes place at Woburn Golf Club.

To celebrate the return of the British Masters to The European Tour, more than 15,000 tickets offering free admission will be available for the opening round as part of ‘Sky Sports Thursday.’

‘Sky Sports Thursday’ is one of a range of initiatives from The European Tour and Sky Sports to be confirmed to help attract a new audience to golf alongside established fans.

From 10am tomorrow, Friday 24 April Sky customers will be able to take advantage of an exclusive 48 hour ‘pre-sale’ giving them first option on the free ticket offer for round one of the British Masters supported by Sky Sports, which takes place on Thursday 8 October. Tickets are limited to a maximum of two per person.

As part of this 48 hour pre-sale, Sky customers will also be able to purchase tickets at a discounted advance rate for the second, third and final rounds, which take place from Friday 9 October to Sunday 11 October. Tickets will be on sale via www.sky.com/tickets.

Ian Poulter, the 12-time European Tour winner and tournament host said: “This is a brilliant idea and just proves how keen Sky Sports and The European Tour are in attempting to do something different with the British Masters. I’m sure the British Masters is going to be a tremendous event and the fact that the first day’s play will be free, means as many as possible can come down and cheer us on.”

Barney Francis, managing director of Sky Sports, added: “We’ve promised to do something different with the British Masters so we’re delighted to partner with The European Tour and announce ‘Sky Sports Thursday’ and free entry for everyone.  As well as entertaining existing golf fans, we’re really keen to play our part in helping attract a new audience and we hope a day of free golf will help do just that.”

Jamie Birkmyre, Championship Director of the British Masters supported by Sky Sports, said: ‘Sky Sports Thursday’ is a superb initiative aimed at widening the audience for the tournament and the game in general.

“We are looking forward to working closely with Sky Sports, and with Ian Poulter, on making the tournament a huge success and hopefully it will capture the imagination of the British public. Spectators can also take advantage of a special combined ticketing offer for the British Masters and the Travis Perkins Masters, meaning they can watch two terrific events at Woburn this autumn.”

The British Masters supported by Sky Sports is back on The European Tour International Schedule for the first time in seven years. It will be the 17th time Woburn Golf Club has hosted the British Masters, with the event returning to the Marquess Course for the first time since 2002, when Justin Rose memorably held off the challenge of Poulter to win the prestigious title.

Woburn Golf Club has also hosted the Travis Perkins Masters on the European Senior Tour since 2001, with Colin Montgomerie, the British Masters champion in 1998, winning the last two editions, played over the Duke’s Course.

Hospitality packages are also available for the British Masters supported by Sky Sports from £249 + vat per person per day. For further information or to request a brochure call 0800 023 2557 email enquiries@europeantourhospitality.com or visit www.europeantourtickets.com.

Tickets for British Masters can be purchased online via www.europeantourtickets.com or www.sky.com/tickets or via the European Tour ticket hotline 0800 023 2557.