Rookie Newspaper Tees Off In The World Of Golf 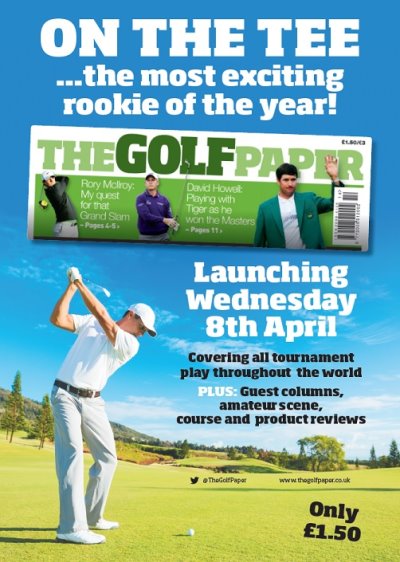 A new weekly publication aimed at Britain’s avid golfers is being introduced next Wednesday (8 April) and is looking to fly in the face of declining numbers amongst an aging golfing population and newsstand newspaper sales.

The Golf Paper is a 48-page newspaper intent on covering the sport from top to bottom, with reports from tournaments around the world together with news of events throughout the domestic golf scene. It will have a cover price of £1.50 at newsagents and leading supermarkets, plus quarterly and annual subscription offers for a digital edition. Free copies of the first edition will be distributed to 2,500 golf clubs.

It’s being launched by sports media company Greenways Publishing based in Wimbledon, which currently sells almost 60,000 copies a week of various sporting titles, including The Football League Paper, The Non-League Paper, The Rugby Paper and The Cricket Paper, plus magazines Late Tackle and Racing Ahead.

Editor-in-Chief is David Emery, former Head of Sport at Express Newspapers who is a member at Surbiton Golf Club in south-west London, while the editor at large is Graham Otway, who has written extensively on European golf for newspapers like The Sunday Times and Daily Mail.

“There’s a need for a genuine newspaper in golf, despite the number of top quality monthly magazines and websites catering for the golfing population,” said Emery. “Although participation numbers have declined in recent years, the sport still has around three million players across all the age ranges and both sexes who we intend to appeal to with our news-driven, opinionated weekly publication.”

The first edition includes columns by former Ryder Cup star David Howell and BBC Sport commentator Jay Townsend, plus the chance to win a complete golfing locker of equipment and clothing from leading golf brands. Details can be found at www.thegolfpaper.co.uk