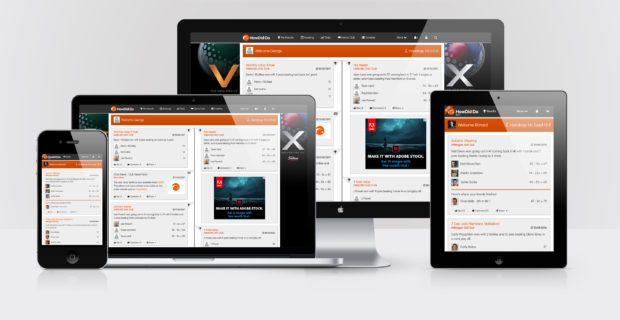 The market-leading website, which has around half-a-million regular users from HowDidiDo’s 1,800-plus registered clubs across the UK and Ireland, comes with a fresh, social-media influenced appearance. It promises users smoother navigation, faster response times and enhanced security features.

In addition, it is now even more mobile friendly than its predecessor, offering an even greater depth of golfing data available through a smartphone app for both iOS and Android. The all-new app has already been downloaded on more than 70,000 occasions – making it the number-one free sports app in the Apple Store chart for a number of weeks in 2016.

As well as number of user benefits, there are also many new advantages for club officials who now have vastly improved lines of communication with members. Golf clubs now have a platform on which to publish club news to the members’ timeline, which will work in the same familiar way as other social media sites. This is made possible through the UK and Ireland’s most popular cloud-based golf administration system: Club Systems International’s ClubV1. Plus, ‘push notifications’ may be sent directly to golfers’ smartphones, offering the possibility of immediate feedback or interaction.

Barry Dyett, spokesperson for HowDidiDo®, explained: “With technology moving quickly and the number of users increasing daily, we realised some time ago that we needed to produce a slicker website and we are delighted we’ve now been able to launch it officially, having had it in ‘beta’ mode for some time.

“One of the most striking visual differences for the consumer is the new social media-influenced timeline, which allows for easy sharing on sites such as Facebook and Twitter. The timeline features results, news, content from connected friends and specially selected partner content. The process of ‘connecting’ with a friend has been simplified, as we have rewritten the code in its entirety, to take advantage of the new technologies available to us.

“For golf clubs, the biggest enhancement is the immediacy and simplicity of member communication, the extent of which has previously only really been available by making individual phone calls. That is time consuming and not economically viable – but the new processes simplify all of that.

“As with all our products, many of the changes and enhancements have come about after chatting with users on our very active forum and at our many competitions and events.”

The sheer magnitude and growing success of HowDidiDo® is clear for all to see. It holds data from in excess of 37 million rounds of golf, along with the handicaps, results and scores of more than 1,300,000 UK golf club members, with around 547,000 golfers currently using the website.

More than 1,800 golf clubs currently use the HowDidiDo system, courtesy of their use of Club Systems International’s market-leading software, allowing users to analyse their game and compare performance with other players, either at their own club or across the entire HowDidiDo network. It is also used for official CONGU handicapping and competition results. The new version of the website also allows golfers to book into competitions at more than one club.

As well as developing one of the most active sports websites in the world, HowDidiDo also powers the highly-acclaimed Morocco Matchplay, a UK singles and pairs competition culminating in a grand final in the North African country in February. And the annual Titleist Order of Merit, the largest golf event of its kind in the country, now sees more than 20,000 golfers take part each year making it one of the UK’s most subscribed sporting competitions, behind only events like the London Marathon and Great North Run. In 2016, the grand final took place at four-time Ryder Cup venue the Belfry.

Launch monitor and simulator brand Foresight Sports Europe has released a new range of ready-to-go simulators to help keep stay-at-home golfers occupied during the Coronavirus lockdown and beyond.

The R&A has launched a campaign to encourage golfers to share the ways they are keeping active with golf during the Coronavirus lockdown period.

Golf clubs all over the UK are attempting to find ways of securing their futures in the face of the financial uncertainties caused by the Coronavirus pandemic.