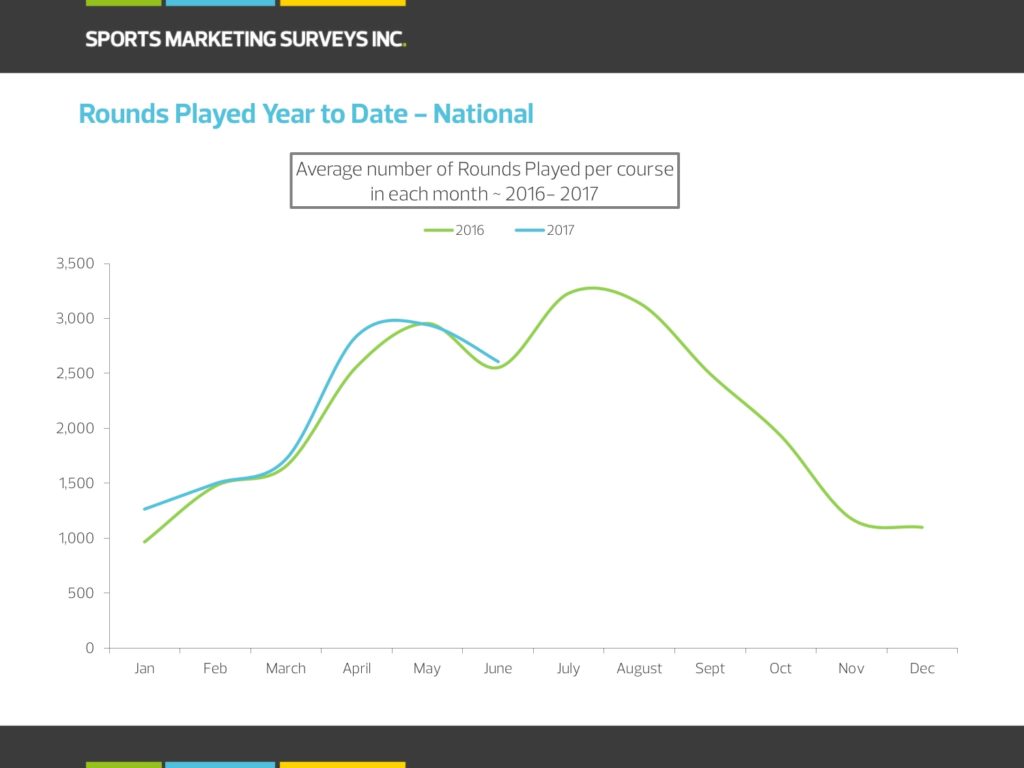 Following a positive first quarter in the UK, SMS INC. reveals a continued increase of the number of rounds of golf played in the second quarter of 2017 with a rise of 4% compared with the same period in 2016. The Midlands was the top performing region with an increase of 7% on last year.

Last year, the UK saw 163% of average rainfall in June which would have kept golfers away from the course. In this quarter rainfall was an average of 48% in the UK overall and it was the warmest May in the series from 1910, allowing for more rounds to be played. Every region saw a growth in the average rounds played in April 2017 which may have been due to the fact that the Easter break fell in mid-April providing golfers additional opportunities play.

Richard Payne, Director – Sports Accounts at SPORTS MARKETING SURVEYS INC. comments: “Considered by many as the start of the golf season, The Masters is the first showcase to excite those latent golfers who haven’t dusted off the clubs from their winter hibernation, and the duel between Sergio Garcia and Justin Rose has proven the perfect catalyst to drive rounds played forward in Q2. With a continued spell of warm and dry weather (especially in the South and Midlands) it is encouraging to see the momentum from Q1 continuing into Q2 and let’s hope Speith’s incredible finish at The Open can push this further into Q3.”

Meanwhile, in the U.S. Pellucid Corp reports that good weather in July resulted in ‘Available Rounds for the month’ being +3% at the national level vs. Year Ago. That dragged the Year-to-Date figure into the black but still within the ‘neutral range’ of +/-2% so weather continued to be statistically flat through the first 7 months.