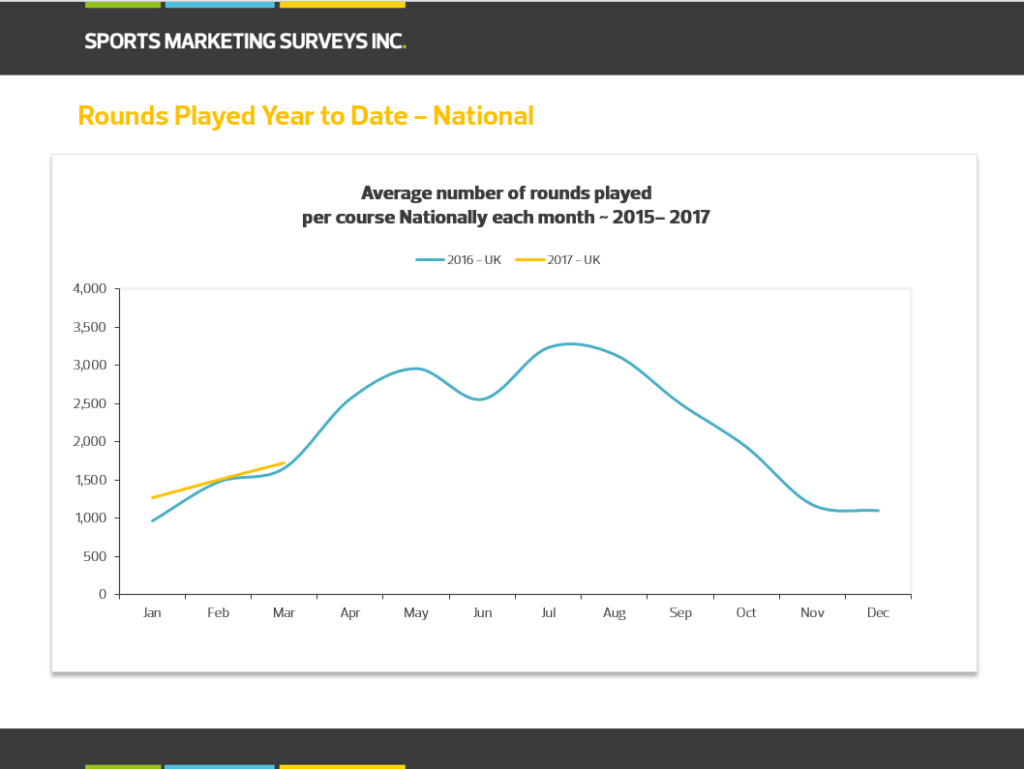 Following on from a positive final quarter of 2016, SMS INC. has confirmed that the average number of rounds played has increased by 9% in the first quarter 2017, compared to the same period in 2016 and sees average rounds played for the quarter at its highest level since 2012.

Last year, a very wet January (the wettest in Scotland since 1910) resulted in all regions suffering a decrease, and this year’s milder and more importantly drier weather has allowed for more people to get out on the golf course. This quarter, the South was the most successful region with an increase of at least 10% each month, and the Midlands and Scotland also saw overall increases. The North had a very strong January but decreases in February and March resulted in a static position compared to 1st quarter 2016.

Richard Payne, Director at SPORTS MARKETING SURVEYS INC. comments, “Another positive quarter of rounds played is evidence that golf is not broken and when the elements are kind, golfers will play. Our research has frequently highlighted the habitual nature of the sport, so a positive Q1 is critical to build momentum for the rest of the year. With an Easter weekend this year falling in Q2 and a thrilling Masters, let’s hope the traditional start of the golf season continues this upward trend”.