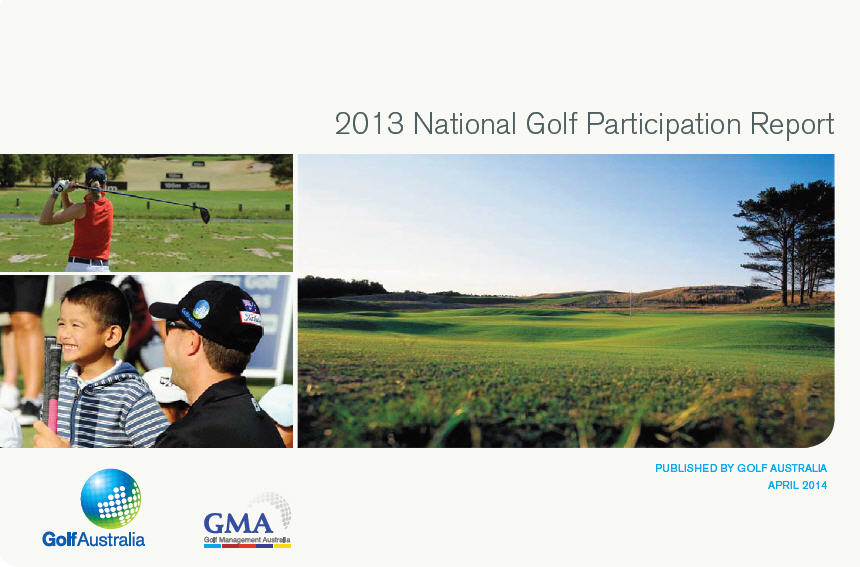 The ongoing health of Australian golf clubs is the focus of a new report released by Golf Australia and Golf Management Australia today.

Among the report’s key findings were:

“Despite a 6 per cent overall decline in club membership since 2010, approximately 10 per cent of golf clubs have experienced a net increase in membership in the last 12 month period,” Wade said.

“The good news is that there is clearly a healthy level of new demand for the golf club product. We recognise that there is a current attrition rate but we are committed to working with all clubs towards them enjoying the operational benefits and improved financial positions that come with increasing levels of membership demand.”

The rate of participation in the 15-24 and 25-34 age groups has experienced a decline and Wade said flexibility was the key to engaging more with this market.

“In these age groups, people have a lot of recreational activities competing for their time. Golf is one of those activities but it needs to recognise it has to offer something innovative to capture their attention,” Wade said.

“There are a lot of young families in the latter age group. Flexibility is one of the key factors there – it’s more difficult now for people to commit to several hours on the golf course. Together the industry needs to work on ways to provide that flexibility while maintaining the club’s financial health,” Wade added.

“It is clear that golf clubs need to continue to establish a point of difference and engage with different generations and potential user groups including families. It is also vital that clubs invest into the future of the game by creating elementary and welcoming pathways for juniors to become involved at club level,” Lonnie said.

“This latest report enables all stakeholders to quantify the true state of the game in Australia and we were delighted to work in collaboration with Golf Australia in a clear sign that the industry is increasingly working better together on a number of important projects for the betterment of the game.”

The 2013 National Golf Participation Report is available for download here.

The purpose-built Zen Green Stage indoor demo room has been created just yards from the 18th green of the Old Course and, with a historic twist, just inside the St Andrews Golf Company shop, home to the world’s oldest clubmakers

Available to order now, the LX2 comes with SkyCaddie’s no-annual-fees Go Play plan and is pre-loaded with over 35,000 ground-verified, error-corrected SkyCaddie maps