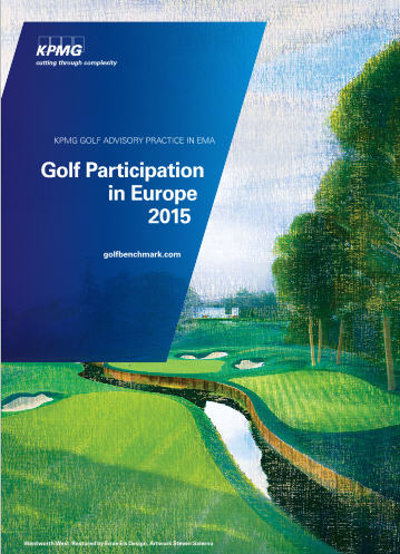 KPMG Golf Advisory Practice has released the fourth edition of its reports on Golf Participation in Europe.

This edition in the series provides insights and analysis of current demand and supply trends across the European golf industry over the past two years. This time KPMG has studied 33 European golf markets, offering an outlook on golf in the region.

After more than 25 years of growth, Europe’s golf markets experienced their first significant downturn in 2010. This decline has continued into 2013, reaching a nadir in 2014. The fall in the number of registered golfers since 2010 can be partially attributed to the economic crisis but also perhaps to changes in lifestyle; in today’s world we have so many other options.

In over half of the European countries covered by this report, the number of registered golfers decreased up to 2014. This includes key golf markets such as England, France, the Netherlands, Spain, Scotland, Ireland, Denmark, Norway, Finland, Iceland, Wales, Austria and Italy. In general, the decrease in the number of registered golfers in Europe was approximately 1.8% of the total, close to 77,000 golfers.

As KPMG covers in this report, only two well established golf markets, Belgium and Switzerland, saw increases in demand for golf in 2014.

Central and Eastern European markets did not register the kind of drop in golf demand or supply as their western neighbours. Decent increases in golf participation were registered in Poland and Greece, and moderate growth was recorded in the Central Europe’s most established golf market – the Czech Republic.

As before, the European golfing family continues to be dominated by male golfers, who, in 2014, represented an estimated 66% of all European golfers. Female and junior golfer participation was yet again disappointing in 2014, at approximately 25% and 9% of all registered golfers respectively.

Together with other industry research materials, KPMG’s Golf Participation in Europe 2015 is available to download at www.golfbenchmark.com