The Golf Course Superintendents Association of America (GCSAA), which was formed in 1926 by Englishman John Morley to further greenkeeping ideas among middle America golf courses, is celebrating 90 years as one of the most important organizations in the game.

Morley, who was a vegetable grower and greenkeeper at Youngstown (Ohio) Country Club, would hardly recognize the organization he formed. First known as the National Association of Greenkeepers of America, the group started with 60 greenkeepers coming together on Sept. 13, 1926, at Sylvania Country Club in Toledo, Ohio, to share ideas. Today, GCSAA has 17,500 members from 72 countries, and its members are science-based college graduates who manage all aspects of golf course management, from agronomics to environmental sciences.

Its members have often been called the game’s unsung heroes, but Arnold Palmer recognized their true significance to the game.

“The Golf Course Superintendents Association of America and all golf course superintendents are probably the most important entity that we have in golf… The conditions and the golf course’s beauty, the environment, the wetlands, everything depends on their perseverance and their knowledge and the work they do to maintain the golf courses,” said Palmer, whose father, Deacon, and younger brother, Jerry, were both superintendents at Latrobe (Pa.) Country Club. 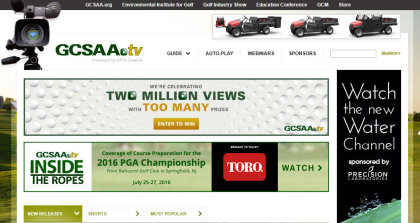 Morley, who was commissioned as an honorary Colonel by the governor of Kentucky, served as the association’s first president. He was dedicated to advancing the profession, visiting more than 200 golf courses to help build support for the new organization.

He was recognized by famed architect Donald Ross, who wrote to congratulate Morley on his efforts.

“I congratulate you on your work as a greenkeeper of outstanding ability, and with leaders of your type, an association would unquestionably be a great success, not only from the standpoint of the members, but also from the clubs who employ them,” wrote Ross in October 1926.

The modern American golf industry has grown to include roughly 15,000 golf courses and two million employees, who annually are responsible for $69 billion in economic impact and contribute $4 billion to charitable causes.

“Golf course superintendents manage the largest and most important asset at any golf facility,” said current GCSAA President Peter Grass, the certified golf course superintendent at Hilands Golf Club in Billings, Mont. “The profession has come a long way. We can be pleased with the playing conditions we deliver for today’s golfers. But we are even more pleased with the environmental stewardship of our members, and how they care for the land and our natural resources.”

A recent national study showed that golf course superintendents are using 21.8 percent less water than eight years ago. The study showed another positive trend in that the use of reclaimed and recycled water for irrigation has increased. Superintendents also continue to use the latest research findings and equipment, such as moisture meters, to help them conserve water.

Morley might also applaud GCSAA’s alliance with other golf organizations, including the PGA Tour, the PGA of America, the U.S. Golf Association, the National Golf Course Owners Association, the American Society of Golf Course Architects and the Golf Course Builders Association of America. He served seven years as GCSAA president and was keen on public service and the sharing of knowledge among members. At the 1940 annual association conference in New York, legendary New York Times golf writer William Richardson presented him with the “Man of the Year” award. 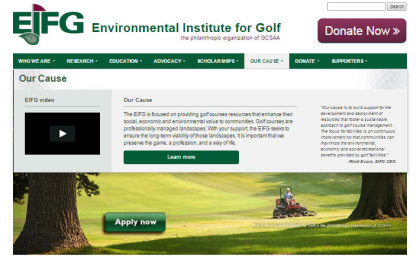 In its 90 years, GCSAA has elected 76 presidents, who each serve one-year terms, and appointed eight chief executive officers. Current CEO Rhett Evans oversees a staff of 87 from association headquarters in Lawrence, Kan. Among the employees are nine field staff representative who are heavily engaged with 99 local chapters nationwide.

The association also presents the Golf Industry Show each year, designed for owners and operators of golf facilities and the professional members of the golf course and club management industries. The show welcomes nearly 14,000 attendees and includes the GCSAA Golf Championships, four days of educational seminars and sessions, and an unparalleled trade show experience.

Among the many awards presented annually at the Golf Industry Show is GCSAA’s highest honor, the Old Tom Morris award, which recognizes an individual who has helped mold the welfare of the game, through a lifetime commitment, in a manner and style exemplified by Old Tom Morris. Past winners have included Palmer, Jack Nicklaus, Byron Nelson, Tom Watson, Ben Crenshaw, Ken Venturi, Nancy Lopez, Annika Sorenstam and Col. John Morley.

Foxhills Club & Resort in Surrey is to open a new £7m leisure centre next month as part of its continuing investment in family-friendly facilities.

Ping has launched a new range of putters that focus on maximizing MOI through multi-material designs. Available in 11 models, the putters are available for pre-order from today (April 12) at authorised PING retail outlets around the world.