Duncan Weir, the R&A’s Executive Director of Golf Development and Amateur Championships, has been presented with the Confederation of Professional Golf’s Special Recognition Award for 2019 for his dedication to the development of golf around the world and his support of, and involvement with, both the CPG and Ryder Cup European Development Trust, as a trustee since its formation in 2004. 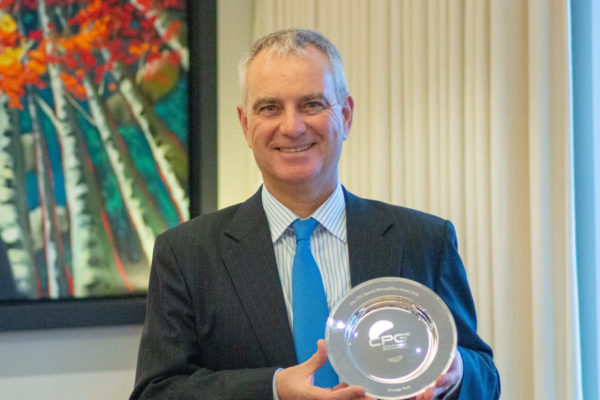 Upon receiving the news of his award, Weir said: “It is a great honour to receive this award in recognition of the support I have given on behalf of the R&A to the CPG’s work, central to which, is the raising of coaching standards globally. We see playing standards improve year on year, across every championship and international match we run, and our relationship with the CPG has been critical in seeing this improvement take place.”

In a career extending over 35 years with the R&A, Weir’s first memory of golf was being taken by his father to watch the Open Championship. That would set a recurring scene, as he then went on to work for the R&A during the 1985 Amateur Championship and 1985 Open Championship when it was held at Royal St George’s. To date, he has had involvement with 36 Open Championships across his career.

His relationship with the CPG first came about as part of his work delivering the R&A’s golf development visits overseas. Since then, he has overseen the mass development of golf through increased golfing activity, improved standards of play and emerging countries joining the global golf community.

“Legacy is a big word, but I would hope people across the golfing community recognise the passion I have for my work,” added Weir. “I would hope that some of today’s professionals, who competed in our national championships and international teams over the years, would say that I helped them in small ways to reach where they are today.”