Volvik gets the ball rolling at Wales Mini Masters

Now in its tenth year, the event is open to Welsh boys and girls who are yet to gain a handicap or have one above 28. Competing across four age groups between 7 and under and 12 and over, each young golfer had a maximum of 10 shots on nine holes that were suitably shortened for them on the famous Montgomerie course. 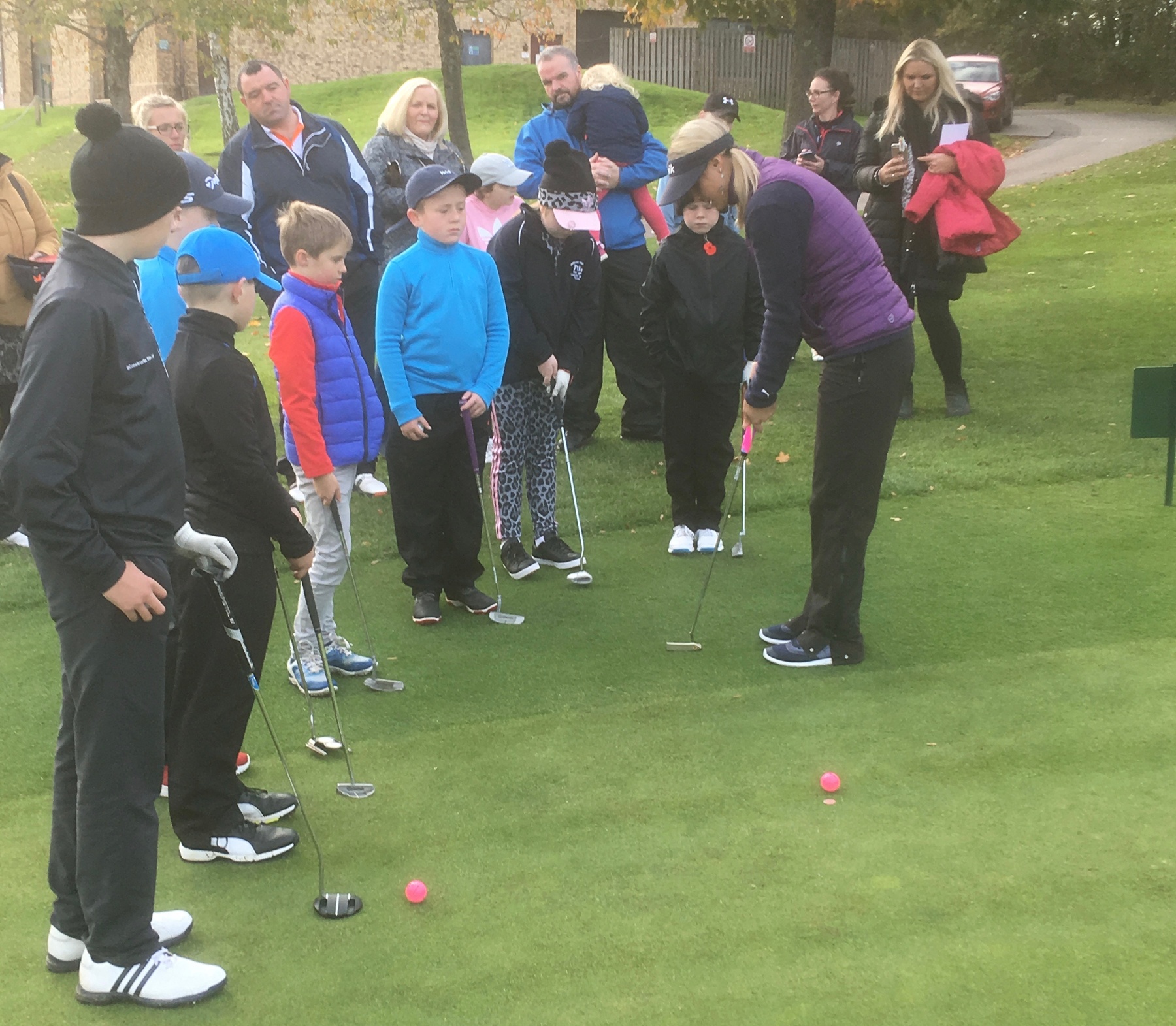 The Volvik Champion with a shot closest to the flag was Mia Davies, aged 10 from North Wales Golf Club in Llandudno. Mia took the coveted first prize ahead of youngsters who came from all over Wales. The event has nearly doubled in size over the past two years since Volvik became involved in supplying balls for competition and prizes.

The annual event is also supported by Wales Golf and The Celtic Manor Resort and originated as a legacy project from the 2010 Ryder Cup matches.

Organiser Andrew Jones said: “The Wales Mini Masters goes from strength to strength. The event is designed to give young beginners a platform to demonstrate the skills they’re learning at their clubs. This year, we attracted a record entry of almost 350 young golfers across our eight qualifying rounds and were hugely encouraged to find that 30% of those entries came from girls, which reflects well on the many initiatives that Wales Golf have introduced.

“The Volvik Challenge has brought a new dimension to the event, with the coloured golf balls being very well received by our young players – both to hit on the nearest-the-pin hole and to receive as prize winners. We’re very grateful to the Volvik brand and Nigel Freemantle of Brand Fusion International for their amazing support,” added Andrew.

“Being associated with this tremendous event is a real privilege for the Volvik brand, which has pioneered the coloured golf ball revolution and brightened up the game for many young playersstarting out at their clubs,” said Nigel Freemantle, who presented the latest V:MAT Softcoloured balls as prizes to the category winners and a laser to the Volvik Champion.

The great and the good of the golf travel industry gathered at Celtic Manor Resort in Wales this week to attend the 2021 International Golf Travel Market.