A fortnight after making international golfing headlines, teenager Kuang Yang will step into the limelight once more when he tops the bill at the 14th Faldo Series Shenzhen Championship.

Already well known within Chinese golfing circles following a spectacular run of domestic success, the 14-year-old schoolboy’s remarkable exploits in the European Tour’s Volvo China Open at the start of May earned him global acclaim and fame.

Watched by thronging galleries including his head teacher and class-mates, Kuang snared a snaking, par-saving 20-foot putt on the 18th green at Genzon Golf Club to sign for a second-round 71 in the 25th anniversary edition of his country’s national Open.

In so doing, he wrote his name into golf’s history books as the second youngest player to make the cut in a European Tour event. On the back of that sensational performance, he soared more than 220 places into the top-1,000 in The R&A World Amateur Golf Ranking – underlining his burgeoning reputation as one of China’s brightest golfing prospects. 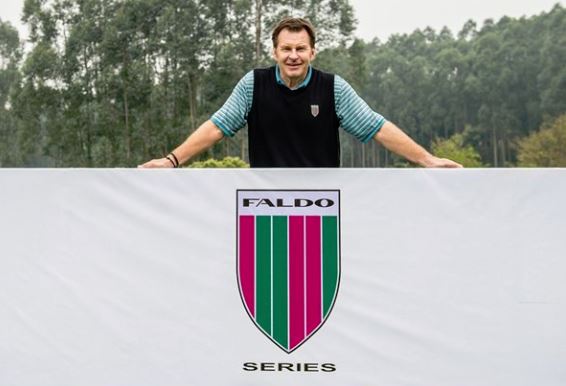 “My only aim when I started the tournament was to learn from it and perhaps make the cut. I was so relieved and happy when I made that putt on 18 – it was my dream and I wanted to celebrate,” said Kuang, who secured his starting place in the Open by winning the Volvo China Junior Match Play Championship last December.

“There was a lot of attention around us once we made the cut, but I really enjoyed it,” said Kuang, referring to the barrage of cameras and large galleries that toured the course with him for the final two rounds. “I enjoy having the crowd around me. I just have to enjoy the noise and have fun. I like the cheering and the noise!”

Although it’s likely to be somewhat more peaceful and sedate at Mission Hills this week, Kuang is focused on adding to his collection of silverware that includes victory in last year’s China National Junior Championship and a runner-up finish in the 2018 Mission Hills Junior Series Grand Final.

While that event took place on the Norman Course, the second leg of the 2019-20 Faldo Series Asia season will be played over the Rose-Poulter Course at Mission Hills’ Dongguan complex.

Six-time Major champion Sir Nick Faldo said: “Congratulations to Kuang Yang. To make the cut in a European Tour event at such a tender age is a truly remarkable effort. The fact that Li Haotong is doing so well on the PGA Tour and that we’re seeing talented youngsters such as Kuang Yang coming through the ranks reinforces my long-held belief that it’s only a matter of time before we witness a male Chinese Major champion.

“I know there are dozens of highly-rated teenage players in China now and the China Golf Association and Mission Hills have been instrumental in driving much of that success.

‘Mission Hills’ Junior Golf Programme provides access to the sport for tens of thousands of juniors each year, from beginners to elite amateurs, through junior tournaments, coaching, camps and clinics and school classes. Juniors are given free access to three of its courses, which is a fabulous gesture from Mission Hills.”

Founded in 1992, the Mission Hills Group has invested more than six million US dollars into its Junior Golf Program; and more than 100,000 competitive rounds have been played at Mission Hills by juniors. It was voted Best Youth Development Programme in Asia in 2018 and EFG Bank was recently unveiled as an Official Partner.

Pictured above: Kuang Yang celebrates after holing a putt on the 18th green to make the cut in this month’s Volvo China Open (picture by Volvo in Sport)