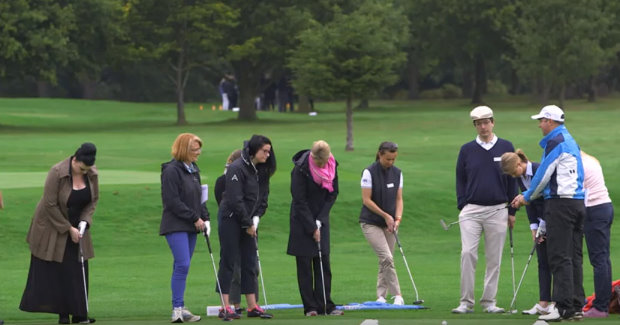 Following the successful launch of the SSE Women’s Invitational at Stoke Park last September the next edition will be held at Royal Mid-Surrey Golf Club, Richmond-on-Thames on Wednesday 18th May.

The 2016 SSE Women’s Invitational is a ground-breaking business event with golf at its centrepiece. It’s all about gender parity and breaking down barriers; offering ladies the chance to access and reap the well documented benefits a golf day offers for relationship building, networking and business.

Along with the opportunity to learn and play golf, participants have the chance to network with 100 senior predominantly female business executives and absorb captivating, thought provoking opinions from leaders in business and sport. 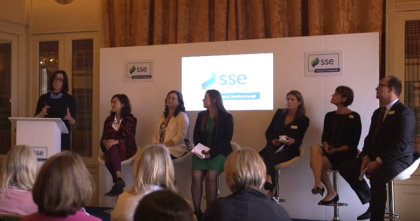 SSE Women’s Invitational is delighted to secure Judy Murray as the 2016 keynote speaker, who is fast becoming a ‘national treasure’. Founder of Set4Sport, Tennis on the Road and Miss-Hits and mother to Grand Slam Winners Andy and Jamie Murray, Judy draws on some rich and fascinating experiences of life in the business of sport.

Jennie Price, Chief Executive of Sport England, is one of the panellists in a discussion about The Future of Work, to be moderated by Clare McDonnell of the BBC.

For those who have never played golf but fancy giving it a try this is absolutely the business event you should try. There will entertainment from the Golf Trick Shot Boys and after lunch the options include a Beginners Clinic, On Course Tuition or a 9 Hole Competition.

Recap of the 2015 SSE Women’s Invitational

Founded over 100 years ago, Royal Mid-Surrey Golf Club is a traditional golf club, with a refreshingly modern outlook. Set in Royal Parkland at Richmond-upon-Thames, it shares a bend in the River Thames with the Royal Botanic Gardens at Kew and enjoys the most accessible of locations by car, train and tube – being only 9 miles from the centre of London.