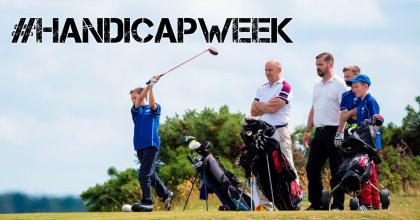 Scottish Golf has launched their second Handicap Week to help educate new and established golfers on how to better understand handicapping, regarded as being one of the key benefits of being a golf club member.

With the golf season at its height following The Open Championship at Royal Troon, Scottish Golf are building on last year’s inaugural initiative by developing a series of easy-to-understand features on their digital media channels around the key issues of handicapping, to help raise awareness of the system.

Throughout this week from 18 to 24 July, golfers will be encouraged to read feature articles, statistics and more to help them learn about the handicapping system in a simple and easy to understand manner. Changes made to handicapping in 2016 to make the game more accessible and other relevant topics will all be featured.

Information on handicapping terminologies, such as The Buffer Zone, Stableford Nett Double Bogey Adjustment and SSS and CSS, will be documented, as well as information on the exclusive new Scottish Golf Member’s Clubhouse which allows players to access all the benefits of being a golf club member in Scotland.

The themed week is again being supported by Macdonald Hotels & Resorts, with golf club members being given the chance to win dinner, bed & breakfast and two rounds of golf for two people at the superb Macdonald Cardrona Hotel, Golf & Spa near Peebles. 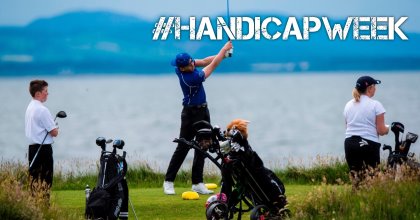 Thousands of golfers and committee members get in touch with Scottish Golf each year with a variety of handicap-related queries and the governing body hopes the campaign will promote improved understanding of the key principles, with information being dispensed in a more user-friendly communication style.

One of the days will focus on 9-hole qualifying competitions, which allow golfers to establish and maintain a competitive handicap while being out on the course for less than two hours. The new four-ball better ball handicap allowance of 90% will also be explained, as well as the changes to Supplementary Scores and the fact clubs can now allocate initial handicaps up to 54 for adults as well as for juniors.

Handicap Week will also feature a range of interesting national handicapping statistics, with golfers being able to see where they rank on top five leaderboards for who returned the most scores and who were the most improved club players in 2015, while ranking their handicap against the whole country.

Calum Grant, Golf Officer at Scottish Golf, said: “Following the success of last year’s Handicap Week, this new campaign is set to further inform golfers as to how the system works, as it can be something which is taken for granted at club level.

“Handicapping is a hugely important part of club membership and research shows that once players establish a handicap, they are more likely to retain their membership. We hope educating players and making the system easier to understand will help this process, particularly with those golfers who are new to the game. It will also help us debate the key issues raised by golfers and golf clubs on the current system, which is always a popular subject within clubhouses. 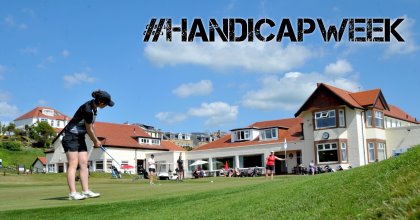 “Finally, the campaign will allow us to provide an insight into the wider rationale behind the CONGU Unified Handicapping System, which is integral to maintaining fairness and equity within the game.”

For the chance to win a golf break for two at Macdonald Cardrona Hotel, Golf & Spa, look out for details on Scottish Golf’s digital channels throughout the Handicap Week.