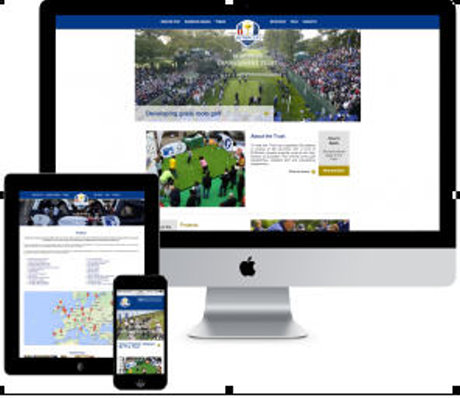 The Ryder Cup European Development Trust (RCEDT) has unveiled its completely redesigned website that showcases the many and varied ways that The Trust has supported grass roots golf since its inception in 2004.

The RCEDT was established as part of a new Ryder Cup agreement to involve The PGAs of Europe through a charitable trust with the European Tour and PGA of Great Britain & Ireland allowing Ryder Cup to put even more back into grass roots golf across the continent.

The new website comes about as a key part of a refreshed media strategy for The Trust and also brings it in line with the Ryder Cup brand that is familiar across the continent.

“The RCEDT’s media optimisation is well and truly underway and is now more focused towards shining a light on the great work the funding has helped achieve across Europe in its first decade,” said Chairman of The RCEDT, Mikael Sorling.

“This update ensures the message of what The Trust stands for is communicated effectively and really shows what effect the matches have had on the sport.”

The new iteration of the site, developed by UK-based digital agency Pixeldot Creative, is designed specifically around its capability to showcase the wide variety of supported projects and their work.

The site is also now in line with modern web standards and uses responsive design in which pages and user interfaces ‘respond’ appropriately depending on what screen size and device the site is viewed on.

The website now also integrates with The Trust’s new Twitter (@RyderCupTrust), YouTube andFacebook presences for a truly joined-up user experience and sharing across a myriad of platforms.

With the site optimised and social media presences in use, The Trust will look to update each of the projects funded to assess their continued evolution and current status, as well as how RCEDT funding has made a difference to their work.