National Golf Month, the annual programme aimed at growing UK participation in the sport, will focus on encouraging women to take up the game as its primary target for this year’s month long campaign, which starts on May 1st 2017.

Currently, only just over one in ten UK golfers are female (14%) compared to one in four in Europe (25%), which makes the proportion of female golfers in the UK the lowest of the top ten markets in Europe.

‘Women should be a higher proportion of the playing base, which is why increasing the number of women playing the sport will be the top priority for National Golf Month in 2017. If we can boost the number of women who play the sport, then we can also revitalize the playing base of the sport through increased family participation too,’ said Doug Poole project Director – National Golf Month. 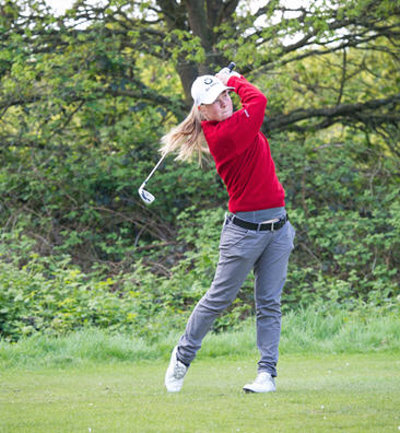 This year’s National Golf Month will address some of the key barriers currently preventing women off starting the game in the first place: the cost of taster sessions, easy access and the chance to try the game with their friends. These factors were highlighted by Syngenta’s recent global report ‘Unlocking Golf’s True Potential’.

Core to National Golf Month 2017 will be a its target to provide 50,000 free one hour trial sessions, exclusively for women, worth over £2m, which will be the industry’s largest ever promotional offer aimed specifically at getting women started in the sport.

As well as providing a substantial inventory of taster sessions, National Golf Month will provide a better understanding of how clubs and professionals can attract more women through new or innovative approaches.

‘There is a clear business case for attracting more women to play the game. New female members generate an additional £750 of revenue per annum PER PLAYER according to some research and female players open up the family market. We plan to help the industry learn more from the great data and case studies which exist,’ said Doug Poole.

The National Golf Month web site will use the booking platform, supplied by fibodo, to match consumers with golf professionals. The website will be live on February 1st at: www.nationalgolfmonth.com

‘Golf clubs, centres and PGA professionals wishing to participate in the event should visit the National Golf Month web site and register there. Alternatively, they should contact me for more details about how to get involved,’ said Doug Poole.

Philip Morley, Chair of the British Golf Industry Association, said: ‘The British Golf Industry Association is delighted, once again, to support National Golf Month which remains the most effective campaign we have to promote the sport in the UK. Golf is a fun, healthy and social game which more people should try, especially women. We hope that our efforts this year will help to boost female participation in the game for the long term.’

Bauer Media have renewed their sponsorship of National Golf Month which will provide the campaign with radio and print exposure across several of their titles including Top Santé and Yours, two of their major publications, both of which have substantial female readerships.

‘Last year, National Golf Month reached 20 million people across Britain with a mix of marketing and promotional activities. Over 140,000 people who were new to the sport or recently lapsed have come back to the sport during its 3 years. This year, we’re targeting 100,000 new or lapsed participants to golf of whom we hope 50% will be women,’ said Doug Poole.

Further details about the promotional plans, sponsors and supporters will be released over the coming months.