After an absence of more than a century, golf will return as an Olympic sport, and the greatest golfer of the last century called the decision historic and a “great day for the game of golf.”

Jack Nicklaus, a Global Ambassador for the global effort to have golf returned to the Olympic Games, was elated with Friday’s vote by the International Olympic Committee to return golf, along with rugby sevens, to the Olympic Program for 2016 and 2020.

“This is a great day for the game of golf,” Nicklaus said. “I want to congratulate all those who worked and campaigned so passionately over the last couple of years to make this day a reality. It is obvious that the unified voice of golf was not only heard but embraced by the International Olympic Committee. When I was asked last year to be a part of this global effort, I was delighted to be involved because I believe so strongly in our game and what it represents—honesty, integrity, sportsmanship and good will.

“All of us who have spent our lives playing and enjoying the game of golf fully understand why it deserved a spot on the Olympic program, and now the sport I have always called the greatest game of all can be shared with the rest of the world on the greatest stage in sports.” 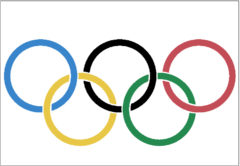 “It will be exciting to see what impact golf’s inclusion in the Olympic Games will have on the sport itself,” added Nicklaus, whose firm Nicklaus Design has designed 343 courses in 34 countries, and now has projects under development in as many as 45 different countries. “I think we will see golf grow even greater, as it is introduced to millions, internationally. Now people in all countries of the world and all walks of life will be inspired to play the game of golf with the goal of achieving sport’s highest recognition—a gold medal.

“Since the days when I first started to play golf, my desire has been to see golf become a more global game. I have played golf all over the world and I have designed courses all over the world with that goal in mind. With today’s vote to include golf among the Olympic sports, my hope is it will be embraced by countries around the globe as a sport that is truly a game for all.”