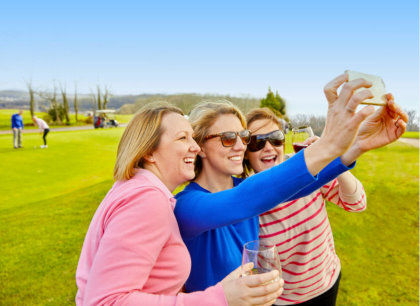 The future looks bright for women’s and girls’ golf across Great Britain and Ireland, with new data revealing a surge in the number of females becoming involved in the sport.

Fuelled by an exciting group of female professionals, national media campaigns and the efforts of golf’s governing bodies, golf participation among women is on the increase, as the sport continues to work hard to attract new players to the game and convert them into membership.

Over the last decade, females have made up only approximately 14% of golf club membership in GB&I, lagging behind other European countries such as Germany, Austria and Sweden, but significant progress is being made according to new data from England, Ireland, Scotland and Wales.

In recent years, all of the amateur golf bodies in GB&I have put a renewed focus on attracting more women and girls to play and the latest participation figures are encouraging.

For example, Get into Golf, a national campaign supported by the amateur bodies, The European Tour, The Ladies European Tour, The PGA, The Golf Foundation, The R&A and recently backed by Sky Sports, appears to be having an effect.

The Confederation of Golf in Ireland (CGI) is running its ‘Get into Golf programme for Women’ for a third year, with the average conversion rate into membership 60% in 2015. In Scotland, over 100 clubs across the country are now running Get into Golf coaching programmes and 86% of the participants in 2015 were women.

In Wales, over half the participants in their ‘New2Golf’ beginner schemes are female (54%), with over 50% converting to club trial membership. Meantime, across the border in England, their initiatives in 2015 attracted over 1,200 women to coaching and over 360 became club members. Five counties reported an increase in women’s membership, and 15 counties saw an increase in girls’ memberships.

As well as the continued work of the golfing bodies, national campaigns such as the #ThisGirlGolfs video and positive support from high-profile figures and avid golfers such as Denise van Outen and Naga Munchetty are helping to change perceptions of the game once dominated by men.

A group of leading female GB&I professionals including Charley Hull, Amy Boulden, Pamela Pretswell and Rebecca Codd are also inspiring girls to pick up a club.

Major events in 2016 such as the Ricoh Women’s British Open at Woburn this week and the return of golf to the Rio Olympics next month will also provide opportunities to build on the work achieved and profile and celebrate women’s golf yet further, with the Solheim Cup – golf’s leading women’s team event – also returning to Scotland at Gleneagles in 2019.

Richard Dixon Wales Golf CEO said, “Our New2Golf scheme, which was development and rolled out in April 2012has been a huge success for us here in Wales. It’s proven to us how many women are eager to get involved in golf and give it a try.

“Over half the participants in the scheme have been female and they are going on to take up flexible trial memberships that the clubs are offering.

“I think the appeal of these sessions is that there is little or no cost, they run as a group so women feel less intimidated and there’s a real social element which we know from research women and girls are motivated by.

“We want to see more women become part of their golfing community. Golf clubs can be a real hub in the community and somewhere women can learn a lifelong skill, improve their health and well-being and make lifelong friends,” said Dixon. 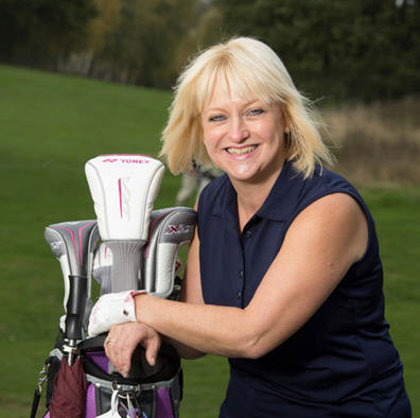 Lauren Spray, England Golf Women and Girls’ Participation Manager, said: “These results show that the momentum is definitely building in the campaign to get more women and girls playing golf.

“It’s reflected by projects such as Girls Golf Rocks, which we run jointly with the Golf Foundation and has been hugely successful, encouraging over 500 girls to try golf in just nine counties.

“This summer we’re holding Women’s and Family Golf Months to highlight Get into golf opportunities and, by working closely with clubs, we’re reaching and inspiring women and girls who have never thought about trying golf.

“We’ve discovered that there’s an enormous appetite for the game among the female population, with almost 70% of all our online bookings for Get into golf coaching courses being made by women.”

Norfolk’s Nicky Greenacre (pictured) took up the game almost four years ago when she joined a Get into golf course at Bawburgh Golf Club, just outside Norwich.

At the end of her course she took more lessons and then had a three-month trial membership before joining the club, getting a handicap and throwing herself into the sport. She loves the game so much she encourages friends and family to Get into golf.

“I love being outside and I like all the walking,” said Nicky, as she summed up the appeal of the game. “I think my shape is changing, I’ve just turned 52 and I feel I’ve got my waist back with all the walking and swinging!”

She enjoys meeting new people, sharing good-natured banter on the course and both the competition and the social life. Nicky is a fan of mixed and team golf, such as Texas scrambles, and recommends these to newcomers to the game. “They’re a great way to relax and enjoy yourself,” she said. “Don’t get frustrated about a handicap, just make sure you have fun.”

Galgorm Castle Golf Club has installed Toptracer Range at its academy, with the award-winning technology available to use by all golfers after today’s official opening.