Free Admission for U16s at British Masters all next week 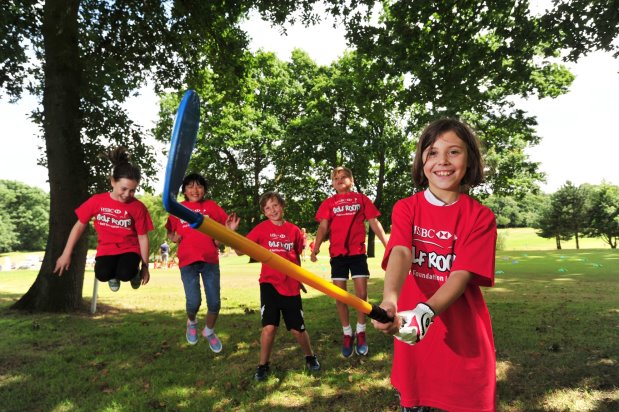 Nationally recognised charity the Golf Foundation will enjoy a “fantastic opportunity” during the 2016 British Masters supported by Sky Sports to raise significant funds and help encourage many youngsters and their families to try golf for the first time.

The European Tour recently selected the Golf Foundation to be its Official Charity for this eagerly awaited tournament (October 12-16) at The Grove, in Hertfordshire, hosted by former World and European Number One Luke Donald.

From next Wednesday’s early Pro-Am tee shots to the final putt on Sunday the Golf Foundation team will be offering a series of dynamic and fun golf activities for young people and their families to try, at a specially created area in the event’s tented village, courtesy of the European Tour.

The great news during the British Masters supported by Sky Sports is that all young people aged under 16 accompanied by an adult can enjoy free admission. The Golf Foundation is also encouraging club PGA Professionals to bring along groups of their juniors for a day to sample for themselves the big tournament atmosphere at The Grove.

Golf Foundation activities include energetic team and individual ‘Tri-Golf’ sessions (for both school groups and all young visitors), devilishly tricky putting games and a monster ‘Mega Putting Challenge’ for all family members – a 56ft test which is sure to be highly popular. A number of lucky youngsters are also expected to take part in ‘The Pressure Putt’ to be shown live on Sky Sports, playing alongside Luke Donald, Lee Westwood and hand-picked top celebrities present on Pro-Am Wednesday.

Further information will be offered to families present by the Golf Foundation team in how to ‘Get into golf’ following this tournament, while a range of charity fundraising opportunities are in place to raise money for the Foundation.

This charity, through its HSBC Golf Roots programme, reaches 500,000 young people each year and encourages them to enjoy the benefits of the game. Children of different backgrounds and abilities (including youngsters with a disability and those with special educational needs) can experience the joy of playing golf and learn valuable ‘Skills for Life’ associated with golf.

Sky Sports and the European Tour have already teamed up with the England Golf grassroots initiative ‘Get into golf’ to build on the success of last year’s British Masters, encouraging children and adults to play golf. Initiatives such as live masterclasses planned for the tournament week and ‘Sky Sports Thursday’, which gave away 20,000 free tickets to the first round of this year’s British Masters at The Grove, also aim to help engage with new and existing audiences.

Brendon Pyle, Chief Executive of the Golf Foundation, said: “The Golf Foundation values greatly the support of the European Tour in presenting our team with this fantastic opportunity to raise awareness of our work as a charity which makes golf more accessible to young people and puts children first.

“We encourage families to come along to The Grove next week and make use of the free entry for their youngsters. Our team would like to offer a big thank you in advance to all the European Tour players, led by tournament host Luke Donald, who are encouraging us and supporting our charitable efforts in the week ahead.”

Tickets for the 2016 British Masters supported by Sky Sports are now on general sale, with fans able to buy tickets for the final three rounds of the European Tour tournament at The Grove. They are available jointly via www.europeantourtickets.com   and www.sky.com/tickets