The Golf Show Continues To Evolve 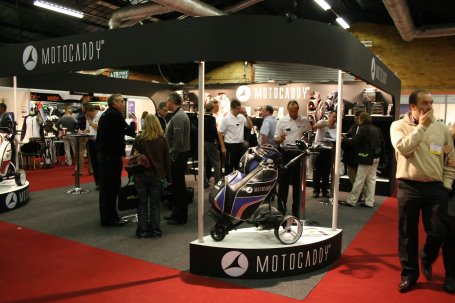 PGA Professionals from across the globe gave The Golf Show a truly international feel as it continued its evolution over three highly successful days at the Harrogate International Centre, October 25-27.

An estimated attendance of 1,200 PGA Professionals, from as far afield as Abu Dhabi, Italy and The Netherlands, attended Europe’s leading golf trade show and educational event which saw more than 50 of golf’s leading suppliers pack the three exhibition halls at HIC.

The halls were abuzz as exhibitors – such as PING, TaylorMade-adidas, Callaway and Titleist – displayed their latest products and services to PGA Professionals eager to conduct their forward buying for the coming season in a matter of days rather than months.

Exhibitors reported high numbers of sales while the educational seminars proved a major success with more than 90% completely selling out.

Seminars were led by some of the biggest names from the golf industry including Scott Cranfield, Jamie Edwards, Paul Hurrion and world-renowned coach Mike Hebron. 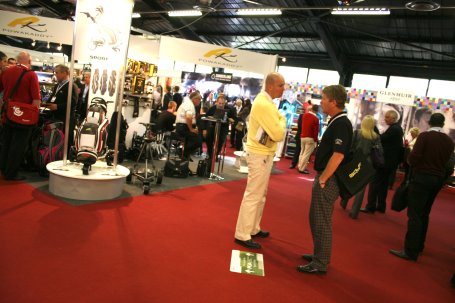 Paul Hedges, Foremost Golf CEO said: “The quality of the presentations was excellent. Philip Hesketh was outstanding; he had great delivery and was very practical gearing it towards the PGA Professionals’ and their businesses.

“The evolution of the show has continued and this year’s show has been cleaner and slicker with less confusion. The displays have been fantastic; the flow has been much better with no dead spots for anyone. I’ve had some fantastic feedback from both exhibitors and delegates and we are all looking forward to next year already.”

John Davis, The Golf Show Manager, added: “We learnt a lot from last year’s show and this year we made a number of little adjustments to help enhance the experience for both exhibitors and delegates and from the feedback we’ve received it appears that we have got most things right.

“Next year we will be moving the show forward two weeks so it clashes with fewer school half terms and this we hope will further increase numbers and see the show continue to grow.”

Eddie Reid, TGI Golf Managing Director added: “The show has progressed further this year and the credibility of the event had grown significantly, it is now firmly established as the leading golf trade event in Europe.

“Both exhibitors and delegates contribute to generate a unique atmosphere during show week and many leave on the final day having written vast amounts of business, shared experiences with their peers and looking forward to the next show.”

The Golf Show will return to The Harrogate International Centre from October 9-11, 2012.

What the industry said:

“The Golf Show gives us the opportunity to showcase all our new products, but more importantly thank the PGA Professionals for their continued support and we do everything we can to maintain and develop the new relationships we have forged this week for many years to come.”

“It has been a successful three days for us at The Golf Show. It has been extremely busy on the stand at regular times and we have opened up a number of new accounts from website construction to yardage chart designs – it was certainly worth the trip.”

“It’s been a busy show and the buzz from last year has continued into this year. The quality of business has been good – people have been coming along and making purchases, which is testament to how highly the show is thought of as, despite the climate we are in, people are still making commitments.

“It’s a great place to showcase your brands and with the demise of other shows this is now seen as the European golf show and you look at the quality of exhibitor and you know you have to be here.”